#7 Run Beauty Run has impressed in his trials. He’s shown plenty of ability and from the good gate he is capable of featuring on debut. #9 Flying Monkey has mixed his form. He’s yet to record a placing from 10 runs this season and although he’s largely disappointed, this isn’t an overly strong field and he’s reached a competitive mark. #4 Aquila caught the eye closing for second on debut. He’s likely to roll forward to make his own luck. #1 Look Eras is another who will contest the lead. He gets a welcome drop in class and he’s likely to make his own luck.

#10 Bonito is racing in form. He’s drawn well for Aldo Domeyer who should roll forward and try to pinch this. #1 Gold Velvet gets out to his preferred distance. He’s been competitive since returning to Class 5 and this race is well within his capabilities. #2 Love Chungwa comes into this following two runner-up efforts. He’ll settle worse than midfield but if he gets a fast pace, he’s not without a chance of finishing over the top of them. #6 Open House is winless. He’s shown very little but in his favour is the course and distance.

#2 Lady First has put together a number of nice runs this season albeit without winning. He should roll forward from the gate under Zac Purton who comes into Wednesday’s meeting fresh of a Sha Tin six-timer. #6 Sunny Dragon raced on the speed two starts ago when scoring. Suspect the same tactics are used again and he’s not without a chance. #3 Top Score is a two-time course and distance winner. He’ll be finishing fast. #1 Fantastic Fabio has improved back in Class 4. Alfred Chan takes 10lb off with his claim and he’ll look the winner for a long way.

#2 Touch of Luck is racing in career-best form. He returns to the turf following two strong performances on the dirt. He’s been nothing short of impressive since switching to the care of John Moore and he’s going to be tough to beat. #11 Godspeed has been consistent this season. He might be on his mark but he keeps running well. #4 Nitro Express hasn’t won for over two years. Still, he hasn't been far away all season and he’s worth keeping safe. #5 Charity Wings maps well and he can’t be overlooked.

#8 Flame Lily should roll forward to lead. He’s nearing a win having narrowly been run down his last few starts but nevertheless he gets another excellent chance to break through. #5 High Rev remains a big watch with Zac Purton aboard. He’s pieced it all together his last two starts and if he can overcome the wide gate, he’s in with an excellent chance. #9 Diamond Legend should get a cosy run midfield from the good draw. #11 Savannah Wind is racing well and he’s a chance with no weight on his back.

#2 Simply Big does his best work on the dirt, that being said, his forward style of racing should give him every chance and with Chan’s claim, he’s an excellent chance to deliver for the first time on the grass. #5 Jumbo Happiness struggled from the rear of the field last start. He closed well but it was a bridge too far. He can figure if he settles close to the speed. #10 Healthy Luck is consistent. He has no weight on his back and he should be around the mark with even luck. #12 Mr Right has won two of his last four. He just needs to overcome the wide gate.

#7 E Master is looking for his third win this season. He rarely runs a bad race over this course and distance and he should be fresh from his two month break. #6 Frustrated has fallen out of form of late. If he can recapture his form prior which saw him win back-to-back races then he’s in with a top chance. He’s the value. #4 Magic Legend should enjoy every opportunity from the good gate and again he should be thereabouts. #1 Telecom Puma has hit the ground running in Hong Kong. He was a G2 winner pre-import who should roll forward and make his own luck for Neil Callan.

#2 True Grit has won his last four on the bounce. He’s been ultra-impressive since his return to racing this year and if he handles the step up to 1800m then he’s the one to beat. #3 Tashidelek had his first run for John Moore last start finishing a narrow second over 2200m. He returns to 1800m here which suits and he shapes as the main danger. #6 Xiang Bai Qi is untrustworthy but he has shown this season he is capable of winning a race. He’ll relish the distance rise and make his presence felt. #10 Salto Olimpico delivered under hard-riding from Joao Moreira last start. He’s fit and honest.

#8 Sunny Boy was narrowly run down last start after attempting to make all. He’ll try the same again and with his early speed, he should prove tough to reel in. #1 Speedy King is as honest as the day is long. He’s mixed it at a very good level in Hong Kong he still has a number of ratings points in hand. #9 Handsome Bo Bo has to overcome the draw. He’s another who will roll forward and make his own luck but he could be trapped wide doing a stack of work throughout. #6 Waldorf is shooting for his fourth win in a row. He’ll need luck from the inside gate, especially if he settles worse than midfield again. 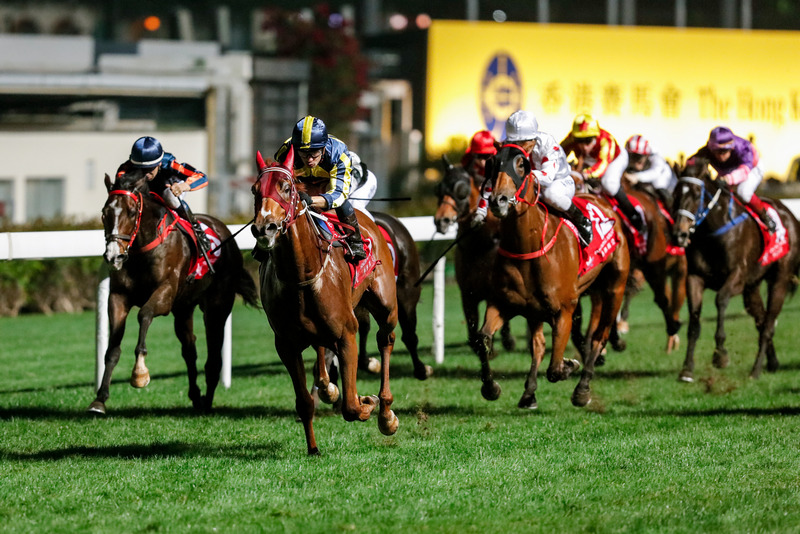