The Singapore Turf Club has granted a one-day visiting jockey’s licence to Brazilian jockey Bernardo Pinheiro to ride at the Kranji Mile meeting this Saturday.

Pinheiro, 25, will be at his fourth pitstop visit at Kranji. He is booked by trainer Steven Burridge to ride Mr Malek in the Group 1 Kranji Mile.

He rode the Lee Freedman-trained Mr Clint at his previous visits, finishing second twice in the Group 1 Singapore Derby in July and the Group 1 Raffles Cup in September 2019. The pair was unplaced in the Group 1 Queen Elizabeth II Cup in October that year. 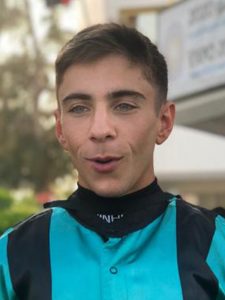 Pinheiro ranked fourth on 24 winners in the United Arab Emirates Jockey’s Premiership in the 2021/2022 season.

Born in Rio de Janeiro, Pinheiro rode his first winner at his first day of riding in November 2013. He then quickly climbed through the Brazilian riding ranks on his way to two champion apprentice jockey titles in 2014 and 2015.

Across the Causeway, Pinheiro rode 33 winners from 128 rides between July 2019 to January 2020. He also claimed the Malaysian Group 1 Selangor Gold Cup (1600m) on the Shane Edwards-trained Truson in 2019 and three Listed races.

Well-travelled for his young age, Pinheiro has already recorded 519 wins to-date. Besides his haul in Malaysia, he also won 65 races over five stints in Dubai, a race in Uruguay in 2017 and one in Bahrain in 2018.

Pinheiro goes to scale at 53kgs.