Champion two-year-old Pinatubo stayed isolated behind the closed doors of Charlie Appleby's Newmarket training base at Moulton Paddocks at the weekend and is expected to stay there for the coming weeks.

The current ban on racing does not affect the unbeaten son of Shamardal's training schedule as he was always being prepared to go straight for the Qipco 2,000 Guineas on May 2, a day after the current sanction is supposed to end.

Pinatubo, had been using the adjacent Newmarket Heath for a couple of gentle workouts in recent weeks but in the current climate and with the gallops drying out a little, Appleby is playing it safe.

Appleby said: "We can naturally self isolate at Moulton Paddocks so it makes sense to do so in the current situation and it's only recently that our grass gallops here have been usable so Pinatubo and a few others used them on Saturday morning.

"We've no issues with the coronavirus here at the moment although we're are taking all the precautions. If we were concerned about someone, Moulton Paddocks has many separate yards and properties all over the site so it's very suitable for isolation."

Pinatubo was recognised as the highest rated European champion two-year-old for 25 years after six successive wins in 2019. His rating of 128 is 2lb higher than Frankel was ranked in 2010, and puts him 10lb clear of his nearest Guineas rivals – and fellow Group 1 winners – Earthlight and Kameko.

On Pinatubo's programme going forward, Appleby added: "We're still working towards the 2,000 Guineas and obviously hope that racing will resume on May 1 in order for it to go ahead.

"In the meantime, if it looked like he needed at racecourse gallop beforehand we could ask for permission to work him on the Rowley Mile at around the time of when the Craven meeting was supposed to be on. We'll know if he needs such an exercise nearer the time."

The Craven meeting, which was supposed to staged on the Rowley Mile between April 14-16, has become increasingly popular for racecourse gallops in recent years and there could be some demand for them this year despite the ban on racing.

James Tate has the filly Under The Stars entered in the Qipco 1,000 Guineas on May 3 and may go the same route. He said: "I might ask that nice Mr [Michael] Prosser [racing director] at Newmarket if we can use his track for a gallop at around the time of what was the Craven meeting. I'm sure that it will prove a popular venue if it could be arranged." 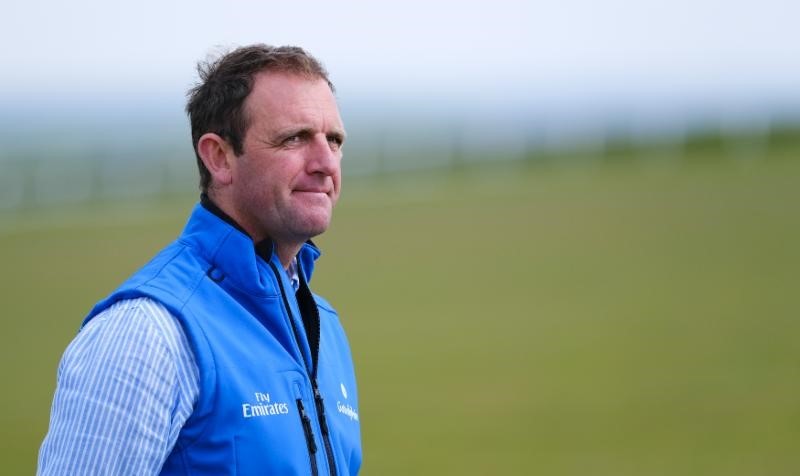