A regular visitor to the winner’s enclosure during the course of the current Queensland Winter Carnival, Pike turned in a typically polished performance for a very comfortable victory aboard the Kelly Schweida-trained 6-year-old.

Ridden just behind the pace in a seven-horse field, London Banker (NZ) seized an ideal opportunity to make his final effort up the fence and quickly put the result beyond any doubt when careering away from his opposition over the closing stages.

London Banker (NZ) finished well clear of the pacesetter Seat Of Power (Ire), with short-priced favourite Esti Feny (Hun) finishing a disappointing third after being given every chance by Jason Collett.

Speaking after his latest winning ride in the Sunshine State, Pike claimed: “I’m lucky. Jimmy Byrne offered me some advice in the last race. I didn’t receive it that well but I did listen to it.

“You can’t be giving up spots on these fast tracks … I was in the right spot at the right time.”

Winning trainer Kelly Schweida was asked what was next for the well-bred son of Tavistock and replied, “You don’t like to get too far ahead of yourself but these two races we targeted — this race and the Caloundra Cup next week.

“We gave him a really good break because he did a good job last time. It has taken him a little while, got the gun ride from Willie and well done to all the staff at home. They put in a lot of work.

“In running you wanted to be on him. You just didn’t want anything to go wrong. He looked good a long way out but that doesn’t always happen. He got the gun ride.

“We’ll go to the Caloundra Cup next week and will have an easy week. He’s backed up before and won. That’s been the plan all the way along.” 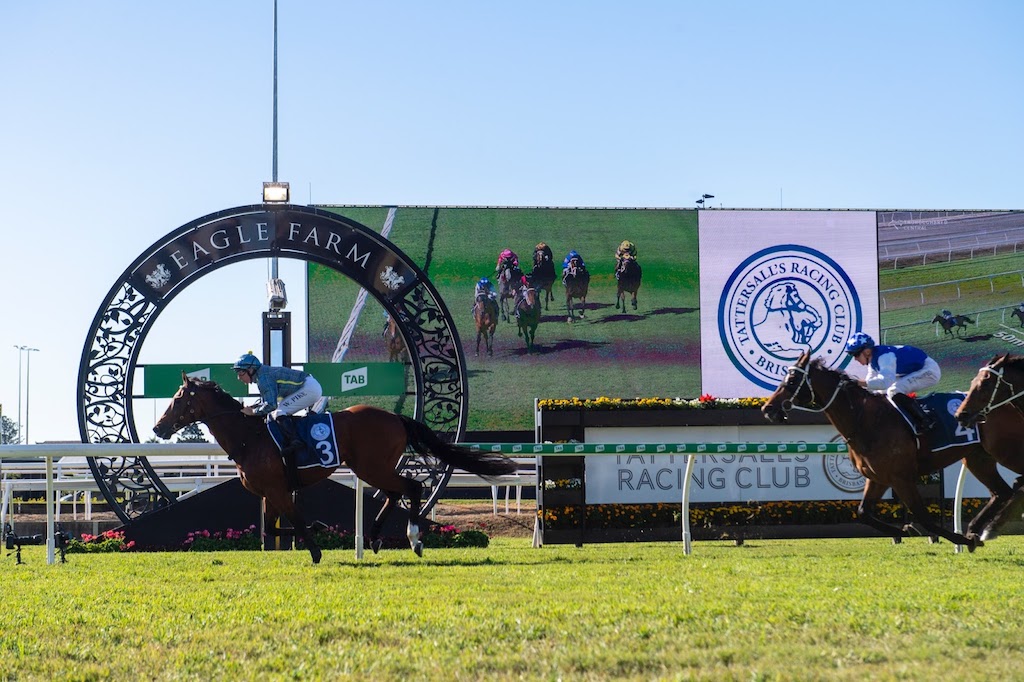 Pike and London Banker are too good in the Tatt's Cup at Eagle Farm, picture Michael McInally/Racing Queensland