Persan to press on to Andrew Ramsden

The Ciaron Maher and David Eustace-trained Persan will press on for a start in the Listed Andrew Ramsden Stakes despite a disappointing display at Flemington on Anzac Day.

Eustace said Persan was given a thorough going over following his unplaced effort over 2600m at Flemington and the stable was at a loss to explain the performance.

Persan, fifth to Twilight Payment in last year's Melbourne Cup, has been set for the Andrew Ramsden (2800m) on May 15, a race that provides the winner a ballot exemption into this year's Cup.

"We can't find anything wrong with Persan, he's absolutely fine, so he'll go to the race," Eustace said.

"It's been the plan the whole way through.

"Why he did run like that, I really don't know and it is worrying that nothing's come to light.

"But it's possible he has had two relatively hard runs over 2000 metres and went into the race a little flat third-up, but that's scratching around."

Eustace said the stable was likely to have at least three runners in the Andrew Ramsden, all chasing the 'golden ticket' into the Cup.

Eustace said it would make sense for Grand Promenade to head to the race which is restricted to three, four and five-year-olds.

"Leigh Jordon (VRC executive general manager, Racing) said last weekend he didn't think there was going to be a lot around for the race," Eustace said.

"Through Irish Eyes is a chance. He'll have bottom weight and he's a three-year-old.

"Amade is seven, the one that beat Persan. It's not going to be a bad race and it's worth Group 1 prize money.

"Plus, it gives you a free kick into the Cup." 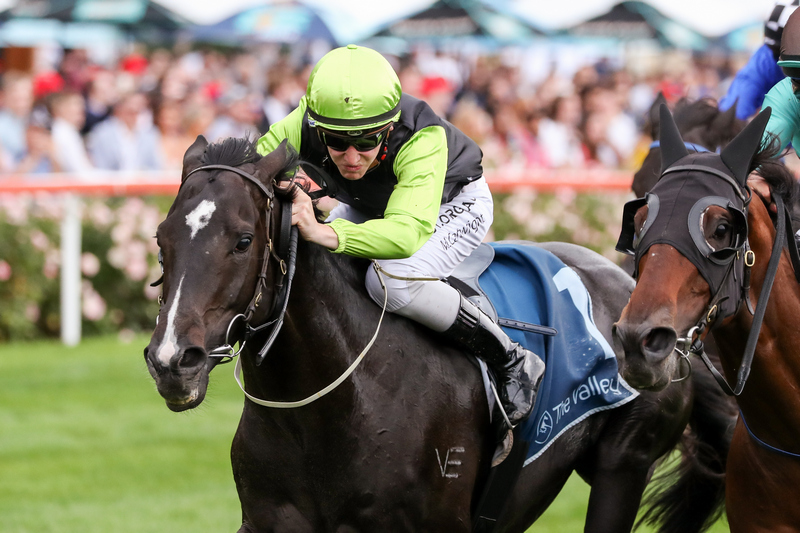