Ben Hayes and Tom Dabernig kicked off their new abbreviated training partnership in the best possible fashion on Friday, scoring a win with their first runner at Racing.com Park.

Rising three-year-old filly Stormborn defeated the older horses in a 1000-metre maiden to give the pair a win with their first runner since Hall of Fame trainer David Hayes officially left the partnership this week.

Ben Hayes said little would change in the day-to-day operation of the stable, despite his father's departure to train in Hong Kong.

"It's not a decision that's been made recently, it's been five years in the making, so it's something we've had time to plan and prepare for.

"Dad has really taken a step back in recent months so it's given Tom and I a good feel for what it would be like without him.

"It's going to be business as usual, nothing will change in the day-to-day running of the stables at Flemington and Euroa.

"With Dad no longer involved, I'll be communicating with owners a lot more so I guess that will be one of the biggest changes for me."

Hayes revealed that the biggest challenge to the new partnership was likely to be navigating Victoria's second wave of COVID-19 infections.

With the State Government imposing Stage 3 lockdown conditions to metropolitan Melbourne, staff from Flemington - including Hayes - are unable to travel to Lindsay Park's Euroa base.

"I'd like to be getting up to Euroa on Sundays and Mondays but as things stand with the lockdown, that's not going to be a reality for the next six weeks," he said.

"Like everyone, we're hopeful that the situation can improve pretty quickly."

Racing Victoria confirmed that any of the stable's wins between July 10 and July 31 will not be added to the tally of the Hayes, Hayes and Dabernig partnership for the 2019-20 premierships.

It leaves the Hayes, Hayes and Dabernig partnership atop the Melbourne trainers premiership but stranded on 68 wins - nine ahead of Ciaron Maher and David Eustace with four metropolitan meetings to go before the end of the season. 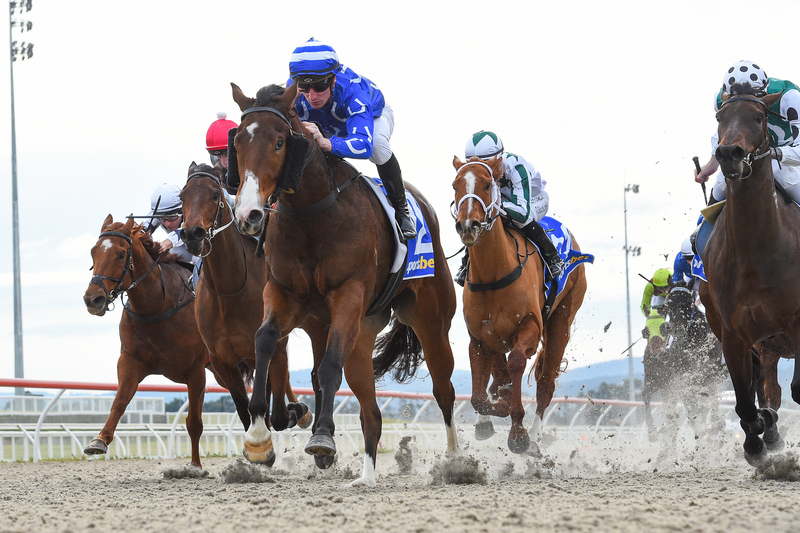