Peltzer has opened as the $2.90 favourite with TAB after a field of 10 accepted for the Randwick feature on Saturday, the $1m, Bondi Stakes (1600m) for three-year-old’s.

The Ryan and Alexiou trained So You Think colt, under Tim Clark, led for the trip in the Group 2 Stan Fox Stakes over 1500m at the course on the 10th with Clark timing the run well to finish a half-length ahead of Starspangledbanner gelding Prime Star who is also accepted by the Freedman stable for a rerun on Saturday.

Overall there were 108 acceptances for the nine race programme.

The rail moves out to the 4m mark for the entire circuit and the track is rated a Good 4 on Wednesday after 11.5mm of rain in the last seven days. 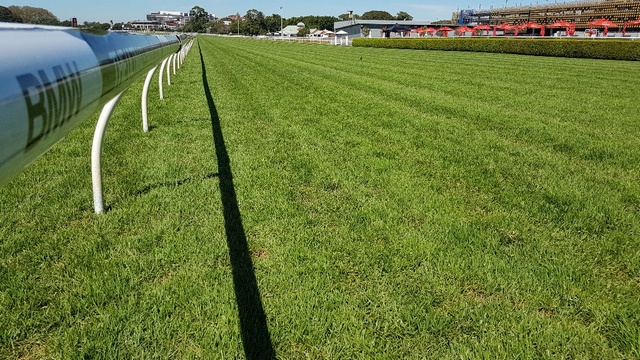 The rail is out 4m for the entire circuit for the Bondi Stakes meeting, picture ThoroughbredNEWS