Payne to Soldier on at Rosehill Gardens

Trainer David Payne has only had Blue Soldier (USA) in his stable for a month, but the United Kingdom import has already shown the Rosehill-based conditioner plenty of promise in both of his outings.

Initially trained by Annabel Neasham when first landing in Australia, the War Front progeny kicked off his stint with Payne with a surprise win in the Listed Ladies Day Cup at Hawkesbury, before not being disgraced in last week’s $1 million The Gong at Kembla Grange, finishing sixth when beaten less than four lengths.

The five-year-old gelding will be on the quick back-up this weekend when he lines up in the $140,000 Listed ATC Cup on Payne’s home surface, and he believes the extra 400m will be more to his liking.

“I think he’ll be much more suited to the 2000m here on Saturday,” Payne said. “He was slightly held up in The Gong, he might’ve finished a little bit closer. But I think the mile might have been a bit on the sharp side for him.”

Blue Soldier (USA) had competed in distances upwards of 2100m in the northern hemisphere when failing in a three-year-old Group 1 at Chantilly last year. Prior to joining the Payne camp he had no less than five trials and three starts with Neasham, so regardless of what he does on Saturday he will be heading to the spelling paddock.

In regards to his race pattern, Payne sees him taking a forward position. “He certainly likes to be on pace, so I’ll be happy if he can be first or second during the run,” Payne said.

Apprentice Tom Sherry will be back in the irons, after piloting him in The Gong last week.

In one of the other features on the card, the $140,000 Listed Starlight Stakes, Payne has his Dream Ahead (USA) gelding Dream Circle resuming and is hopeful of a solid showing. The five-year-old has two wins and a placing from four first-up attempts, and also has a victory to his name over the track and distance.

“He does perform very well fresh,” Payne said. “I wouldn’t be surprised if he was very competitive in that race.”

His other runner on the ten-race card will be Viren who is nominated for the Midway Handicap over 2000m.

“It’s a much weaker field than what he’s been meeting,” Payne said. “He’ll be there or thereabouts.” 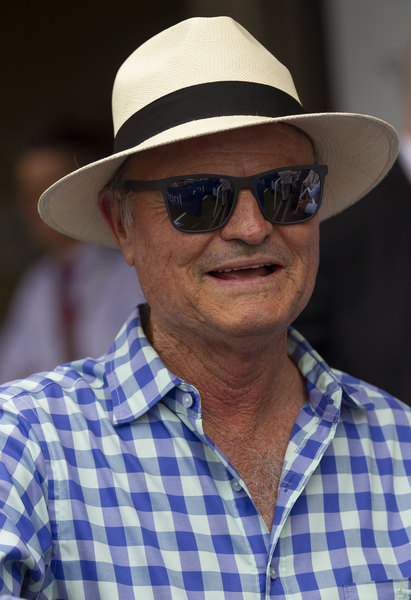