Partelle believes stayer can take the next step

Brett Partelle is confident Commander Bell can take the next step as he travels to Rosehill to take his place in the Benchmark 78 Handicap (2400m) on Saturday.

The rising six-year-old hasn’t been disgraced racing up in grade his past two starts, peaking on his run late in the Listed Grafton Cup to finish 4.2L back most recently. He was also game in the Magic Millions Trophy, worth $1 million on the Gold Coast in January, only being beaten 2.3L at long odds.

“I’ve always believed he can get to the next level,” he said. “I think the next 12 months will be when he really knuckles down.

“He’s always been a lightly framed horse, but he’s presented good. In those two provincial wins he showed authority.

“I know it was in lesser grade but the run at Rosehill, the sectionals don’t lie.

“He’s gone straight into that Listed event in Grafton and he still ran very well considering where he came from.”

Commander Bell is down in grade on Saturday and is rock hard fit to run out the 2400m ahead of him. A wet track is expected at Rosehill Gardens, but that shouldn’t hinder the son of Pierro, having wins on both Soft and Heavy going.

One thing that has let the rising six-year-old down though is barrier draws, and with Kerrin McEvoy taking the ride, Partelle is praying he can draw a good barrier on Saturday.

“I’m just hoping he can draw a barrier; he hasn’t drawn a barrier at his last few starts,” Partelle said.

“Kerrin McEvoy goes on too, which is obviously going to help him. One of the best long-distance riders in the world, pound for pound.

“Just so he can put him somewhere where he can go to sleep and come off the back of them and have the last crack at them.

“The Grafton Cup he drew an outside barrier and he got back three pairs further back than really where we wanted him.

“He was very unlucky not to win that million-dollar staying race on the Gold Coast in January, when he got caught wide again and had to push on three deep for the first 800m.

“[I want him to settle] Midfield, just to put him to sleep and use his energy when it’s needed in those last two furlongs, because he’s got a good turn of foot as a stayer, which a lot of stayers don’t have.”

Partelle will also saddle-up Rifles, who is nominated for both the July Sprint (1100m) and the Benchmark 78 Handicap (1200m).

The son of Smart Missile hasn’t raced since winning by 1.5 lengths at Newcastle eight weeks ago, but did turn in a good trial at Wyong in June. 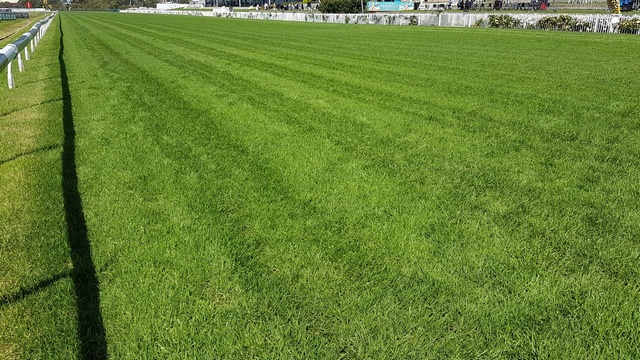