Lance O’Sullivan won the $1m, Group 1 Moet & Chandon Queensland Derby (2400m) as a jockey 30 years ago and he is hoping to repeat the feat as a trainer at Eagle Farm on Saturday.

“I won the Derby on a filly called Royal Magic. She won the Oaks and then a week later she won the Derby. She was a good filly,” O’Sullivan told RSN.

The Kiwi horseman, who trains in partnership with Andrew Scott, will line-up race favourtie Dark Destroyer (NZ) in the three-year-old feature this weekend.

The son of Proisir has made an impression in his debut season, winning three of his six starts in New Zealand, including the Gr.3 Bonecrusher Stakes (1400m) and Gr.2 Auckland Guineas (1600m), and also placed in the Gr.2 Sarten Memorial Stakes (1400m).

While he missed the Gr.1 New Zealand Derby (2400m), he has made a splash across the Tasman, finishing runner-up in the Gr.2 Queensland Guineas (1600m) before winning the Gr.3 Rough Habit Plate (2143m) last start.

O’Sullivan has received positive feedback after his win and he is looking forward to contesting the Derby with his charge this weekend.

“He hasn’t taken a backwards step. He was quiet for two or three days, but you would expect that, it was a pretty tough run,” he said.

“There is no reason why he can’t go out there and compete again.”

While Dark Destroyer is yet to be tested over 2400m, O’Sullivan believes he will stay the course.

“At one stage he was the favourite for the Derby here (New Zealand), but things went amiss, and we had to pull up stumps, hence why he has made it to Brisbane,” O’Sullivan said.

“On his dam side it certainly suggests that he is going to run a trip. He has had a limited prep, he has only had a 1400m, a mile and then his run in the Rough Habit.

“He had to show good, natural staying ability to run it out like he did. He has only got to run a little bit further and we don’t see any reason as to why he won’t.”

With dry weather forecast in the lead-up to the weekend, O’Sullivan said that will bring a few more horses into calculations on Saturday.

“I think he can be effective on a Good track. If you get a horse that can handle a wet-heavy track you are at an advantage because so many others can’t,” he said.

“When you are back to a Good track, or whatever is expected for the weekend, it is going to bring a lot of other horses into contention.

“He has won on a Good3 here in New Zealand, and while we think any give in the ground is going to be an assist to him, we can’t see why he can’t run as good on top of the ground as he has done in New Zealand.” 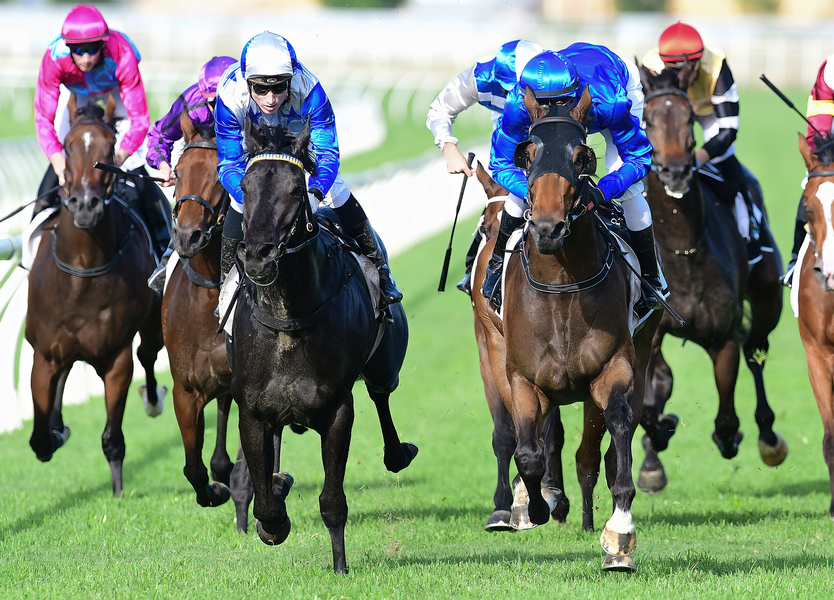