Trainer John O’Shea has a healthy respect for undefeated three-year-old Aegon (NZ) but he expects the Kiwi visitor to face stiffer competition in the $1m, Group 1 Mostyn Copper Randwick Guineas (1600m) at Randwick on Saturday.

Prepared by master horseman Murray Baker  and training partner Andrew Forsman, Aegon showed sparkling acceleration to stretch his unbeaten record to five when he outclassed his rivals in the Hobartville Stakes (1400m) two weeks ago.

The O'Shea-trained Lion's Roar (NZ) finished fifth and will again face off against Aegon in the Randwick Guineas.

Aegon has opened a clear-cut $2.30 favourite with TAB fixed odds but O'Shea expects the Sydney three-year-olds to be much more competitive as they get deeper into their campaigns.

"He (Aegon) was a horse that, on the day, had the right profile. He'd had the run at the mile, he'd had a month between runs, then he got a great (Hugh) Bowman ride," O'Shea said.

"A lot of the Sydney horses, and ours included, were open to significant improvement going into that run, albeit they have to turn around a significant disadvantage."

Lion's Roar, a $65,000 Karaka yearling purchase, is a son of Contributer, who O'Shea trained to win back-to-back Group 1 races for Godolphin during the 2015 Sydney Autumn Carnival.

The gelding narrowly missed an elite win of his own when he finished second to star filly Montefilia in the Group 1 Spring Champion Stakes over 2000m at Randwick in October.

O'Shea said a wide draw in barrier 10 had made the task harder for Lion's Roar on Saturday but he expected a bold run ahead of the Rosehill Guineas, which will be his target race.

"He is drawn awkwardly in a race where there looks to be an abundance of speed. We would have loved to draw a little softer where we could have maybe got a softer run in transit," O'Shea said.

"But he's in good order and he's made significant improvement from his last run." 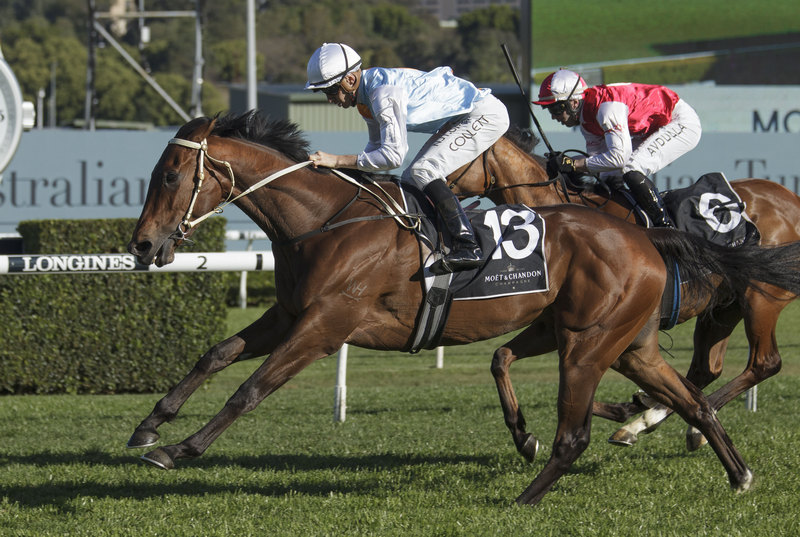