A classic conundrum presents itself here as proven Group 1 performer Old Persian returns from a break to meet Way To Paris, an evergreen seven-year-old in the form of his life.

Charlie Appleby saddled a one-two at Longchamp with his first runners of the season in France and will be hoping Old Persian can add to his top-level successes in the Dubai Sheema Classic and Canada's Northern Dancer Turf. 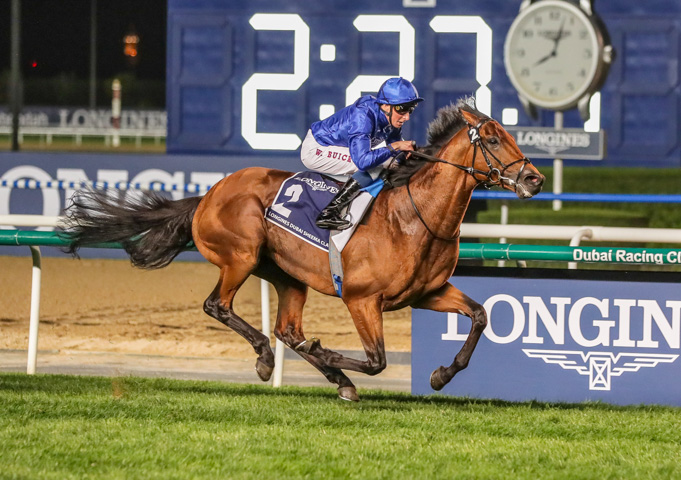 "Old Persian enjoyed a nice winter out in Dubai after doing a lot of travelling last year," said Appleby. "It was a disappointing run at the Breeders' Cup but it came at the end of a long season and the way the race panned out didn’t suit him.

"He's been freshened up for hopefully a nice European campaign over the summer and we have been pleased with his preparation. If he brings his A game, he will be very competitive."

Way To Paris has shown himself among the best stayers in France over recent years but has been little short of a revelation dropped back in trip this year, and made Sottsass pull out all the stops in the Prix Ganay a fortnight ago.

This will be his fourth start in fairly short order since the resumption but the form of his Ganay run and his Group 2 win at Deauville make him the equal of the Godolphin runner.

"He is a fantastic horse and I know him by heart so I have no worries about running him three times in a month," said trainer Andrea Marcialis. "In any case he is not really a horse for the summer at Deauville so he'll have a break after this race.

"He came close to winning his Group 1 last time over a trip that is on the short side for him, whereas 2,400 metres is perfect. The only thing that would worry me would be if we got too much rain as he loves good ground."

Ziyad went off favourite for the Grand Prix de Chantilly but failed to spark at a time when the form of Carlos Laffon-Parias' yard was tailing off.

A small field over this trip is ideal, although it could be worth watching the stable's runners earlier in the afternoon.

Czech runner Nagano Gold brings a fine level of form but has been off since the Arc, while Folamour looks held on form, although dismissing a runner saddled by Andre Fabre cannot be advised.

Persian King after more match practice
It has been a long road back for last season's Poule d'Essai hero Persian King, and the months away from action showed when second on his recent comeback at Listed level.

The strapping son of Kingman takes in the Prix du Muguet (1.00) as Fabre looks to shake some more of the rust off ahead of a return to Group 1 company.

"This wasn't the plan but we realised after his last run it would be better to race him again rather than work," said Fabre. "The interval with his target, the Prix d'Ispahan [July 19] is good. He has improved from Chantilly."

Pretreville looked a horse on the up when dismissing his Group 3 rivals last time, while Skalleti would come into the equation should rain fall.

Fabre also runs the only filly in the race, Suphala, who has been off the track since August.

"With the virus we had to change her plans and I thought this would be a good first race," said Fabre. "The plan is to go further [with her] and I'm aiming her at the Prix Jean Romanet at Deauville. But she's got enough speed to be competitive at a mile."