NZ Broodmare of the Year awarded

The winner of the Arion Pedigrees New Zealand Broodmare of the Year Award for the 2019/2020 season is Meleka Belle.

At a small gathering at Haunui Farm, Auckland branch member Marie Leicester was presented with the Arion Pedigrees Eight Carat Broodmare of the Year Award for her mare Meleka Belle.

The award criteria states that the winner shall be the mare whose New Zealand-bred and/or New Zealand conceived progeny, anywhere in the world, in the season under review, most clearly reflect true breeding merit in quality of racing performance.

Melody Belle’s (Commands [AUS]) achievements on the racetrack last season included three Group One victories in the history making Hawkes Bay Triple Crown, before a win in the Gr.1 VRC Empire Rose Stakes (1600m) and a second to Magic Wand in the Gr.1 McKinnon Stakes (2000m).

In the Autumn she was third in the Gr.1 Futurity Stakes (1400m) and the rich All Star Mile (1600m), before finishing fourth in the Gr.1 Doncaster Handicap (1600m). Meleka Belle is also the dam of Exaltation (Not A Single Doubt [AUS]), a winner of two races from three starts.

Leicester went to Haunui Farm on the pretence of being filmed as a finalist for the award, however was presented with the winner’s trophy by NZTBA councilor Michelle Saba.

“I’m over the moon,” Leicester said with obvious emotion. “I have only ever dreamed of winning this award. “I will treasure having the Eight Carat trophy in my house for the next year, it’s such an honour to receive this award, especially one named after such a great mare.

“When I got my first broodmare Dad told me that all I had to look forward to were disappointments and bills,” she said. “But this is just incredible, and I am so proud of Meleka and the whole Belle family.

“You have to suffer the lows to appreciate the highs, and this is certainly one of the highs and makes up for one of the big disappointments I had last week."

Leicester was referring to the fact that she had lost both her dual Group Three winning mare Annie Higgins (O’Reilly-Diva Belle) and her Ocean Park foal, on what was her late father’s birthday. Annie Higgins was named after Leicester’s mother.

Leicester inherited her Belle family mares from her parents James and Annie Sarten, and it’s a legacy that will continue through her children Robert, Dianne and Maryanne. All her mares and their youngstock now board at Haunui Farm. 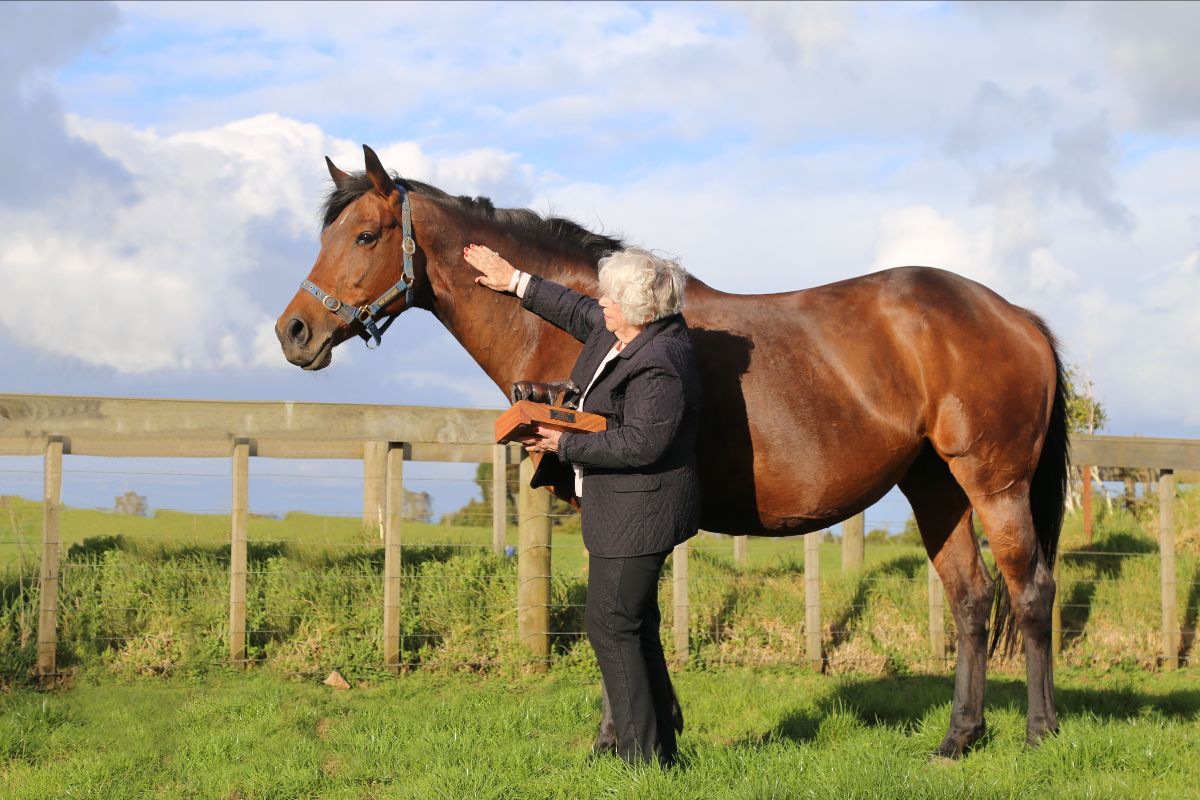