As a native of south-western Victoria, Maddie Raymond has always eagerly anticipated the TAB Warrnambool May Racing Carnival, but she has been looking forward to this year’s more than any other.

Raymond has been involved in the racing industry since landing a stablehand role with Warrnambool horseman Matthew Williams as a teenager and this week will have her first Carnival runners as a trainer.

She is one of the rising stars of Victoria’s training ranks and is a shining example of TAB’s #NotOneDay campaign, which highlights the achievements of women in racing. The campaign, which launched on International Women’s Day by highlighting the story of Australia’s first female jockey in Pam O’Neill, has shone the light on many women since with renowned vet Sian Hazell and Raymond being the latest.

Being involved in the carnival as a trainer will be the realisation of a dream spawned when she started riding ponies as a little girl.

After that introduction via Williams, Raymond had a stint at Lindsey Park before returning home to hold key roles in the Warrnambool stables of prominent trainers Darren Weir and Lindsey Smith.

She played a key role in the success of six-time Group 1 winner Black Heart Bart during his time in each of those stables and was a key member of the team that prepared Prince Of Penzance to win the 2015 Melbourne Cup.

“Prince of Penzance will always take the number one position for me,” Raymond said.

“I had a lot to do with him leading into him winning the Melbourne Cup. It was amazing experience being part of something like that.”

Lil Angel provided Raymond with success at just her second runner when she won at Donald in February 2020, while Raymond has secured an additional nine wins, including Werribee, Terang and St Arnaud Cups with Wentwood, who also provided her with maiden city success when he won at Flemington earlier this year.

“To be able to work with athletes like racehorses every single day and see what they’re capable of is amazing,” Raymond said.

“That thrill and the kick of getting a winner, nothing beats it and nothing compares to it. The highs are very high and the lows are very low, but the highs are what keep you going.

“To be able to win a Melbourne Cup myself would be amazing.” 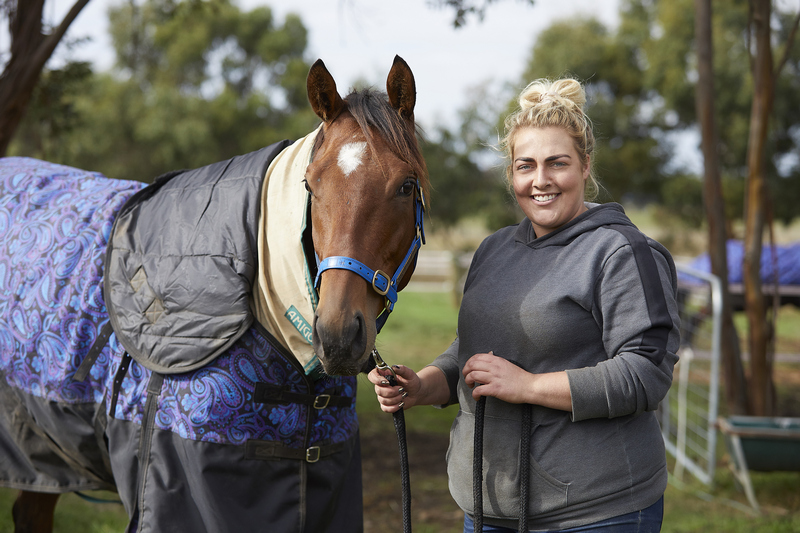