North Pacific sweeps all before him for Rosehill win

Not sighted since February out of the North Pacific came the Hawkes’ trained rising three-year-old Brazen Beau colt to sweep up his maiden win in the $125,000, Darley 2YO Handicap (1100m) at Rosehill on Saturday.

North Pacific was third on debut to the eventual dominant Golden Slipper winner Farnan in the Group 2 Silver Slipper Stakes over 1100m at the same track on February 22nd. Put aside and trialled for a second over 900m at Rosehill on 900m on July 3rd the colt was presented after being well supported from $3.50 earlier in the week with TAB to start at $2.60 on fixed odds.

Tight Ropes and Tommy Berry with Lady Banff and apprentice Louise Day led the field across the top on  the downgraded Heavy 8 track after light rain during the morning. Koby Jennings and North Pacific (57kg) sat back and waited for the run home.

The leaders were able to keep up their momentum until the 200m when the heavy conditions took their toll and after that it was academic as the moment Jennings guided North Pacific out to the middle of the track and let him go hand and heels the colt was in command.

Showing a fine turn of foot in the testing conditions North Pacific went to the line without being pressed by Jennings with 2 1/2L over Sahra (Hinchinbrook) (55kg) and Rachel King with Shaik (Sebring) (54.5kg) and Glen Boss in third, the margin a further 1 1/4L. 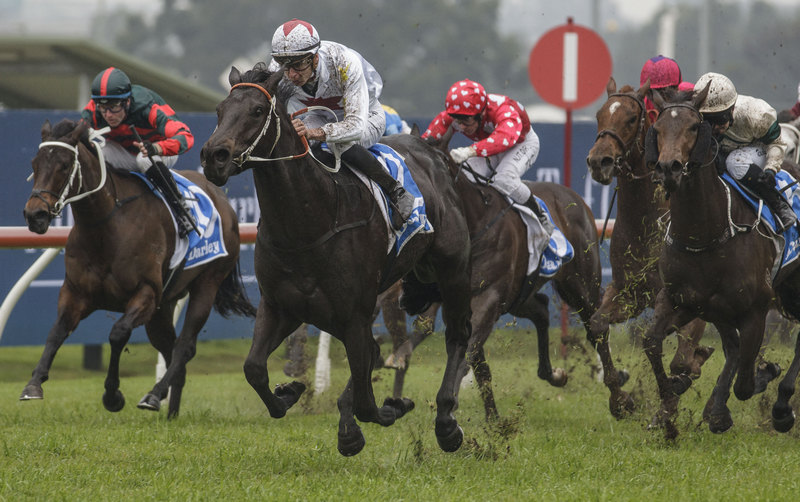 North Pacific and Koby Jennings head away to the line, picture Sportpix.com.au

“It is always good coming in and riding especially for the Hawkes’ stable.  They have always shown great faith in me and they have done it again today and I all had to do was get around on him and the get job done and come back safely. He has done that, he has come back without even really having a blow, so onwards and upwards,” said Jennings.

“He is a colt and he felt that if he was on top of the ground he would have stretched away even more. He is a big, heavy solid sort of a colt too. He was probably thinking a little in that sort of ground, so we are going to see better things from him,” he said.

“He is a lovely colt. I have to give Koby a good wrap there, he just got the horse balanced and it was all about coming here today, probably the heavy track was a little bit of a query. We generally do not like to start horses on a heavy track, green horses, but he rode him perfectly. He got him into a nice rhythm and did everything right, travelled well and when he popped him off the last thing I said to him was let him go through his gears and try and get him to hit the line strongly. He has done that,” said Michael Hawkes.

Hawkes said that the plan had been to ensure a two-year-old win was on North Pacific’s page and the future plan might be towards the Group 1 Golden Rose (1400m) on September 26th. TAB brought North Pacific in from $26.00 into $15.00 for the race, for which Farnan is the current $6.00 favourite.

North Pacific is out of the O’Reilly mare Up In Lights and he has now earned stakes of $80,700 for owners Orbis Bloodstock. 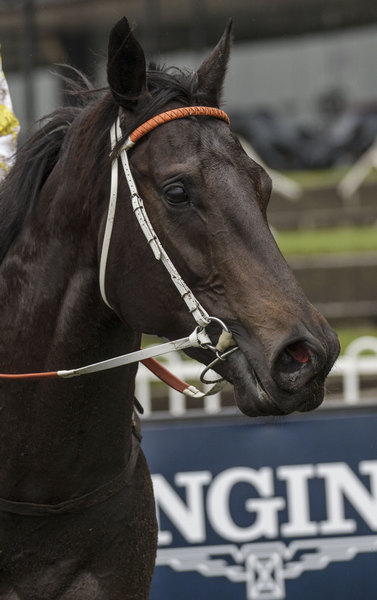