No Restriction upsets in Desirable Stakes

No Restriction turned the tables on the field in the $175,000, listed World Horse Racing Desirable Stakes (1400m) for three-year-old fillies at Flemington on Tuesday and presented a lucrative return for one astute punter as well as black type for the Archie Alexander trained filly.

The market money was everywhere except with No Restriction with wagers including $10,000 each-way @ $18/$4.40 on Pride Of Jenni. However, when Declan Bates pulled No Restriction out from the back of the field to challenge on the outside the support elsewhere as all for naught as she paid $41.00 on fixed odds and $47.90 on the tote.

For one NSW TAB customer it was a genius move by Bates and No Restriction as they took the First 4 in just a single $1 outlay earning $30,070.10. The punter correctly selected No Restriction on top and then picked Pride Of Jenni (Pride Of Dubai), Ripper Rita (Street Boss) and Sweet Reply straight out to finish second, third and fourth respectively. With the favourites Joviality and Twains Express failing to figure in the finish it all presented a Melbourne Cup Day to remember for the ticket holder. 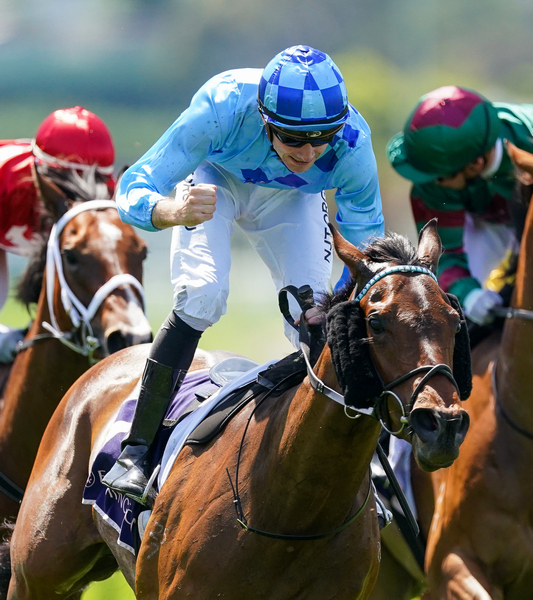 “It is a fantastic week and every trainer wants to be here. I am delighted for the owners. There’s some really good owners in the horse. Bred by Three Bridges who are good friends,” said Alexander.

“She has always been a little bit spooky and green. She can get pulling, like she did today. We thought the blinkers were too much, the winkers are half-way and the faster they went, the better they went. I thought at least she’ll settle and flow, but you never really see a pattern coming out the way you imagine it.

“It was a great ride by Dec and it warms him up for the Cup and it is a big day for the stable,” he said.

Bates was just warning up for the main event where he will ride Ashrun (FR) in the Melbourne Cup.

“It is the biggest day of the year, I have got a ride in the big one and I have got a winner on the board earlier in the day. Everything is coming together nicely so hopefully we can have a better day later,” he said.

“Really pleased to win on her today. I was actually quite confident coming here today. I thought Flemington would suit. She was too good.

“She was a bit keen going to the post and a bit keen at the last run so I decided (that) I wasn’t going to worry about finding a position early. I was just going to come out, get her to relax. She was somewhat relaxed but she was still a bit keen. I was just concerned about getting her into a nice rhythm, finding room in the straight.

“She was travelling that well and then when the gaps came she put them away.”