No Lion this year, Gray looks at cubs instead

Trainer Stephen Gray is without a runner in Sunday’s highlight, the $400,000 Group 1 Lion City Cup (1200m), but the New Zealander will still take a keen interest in a big-race meeting that holds plenty of good memories for him with two of his up-and-comers in two of the three Class 4 events on the undercard, Hard Too Think and Heavenly Dancer.

From his post-race debriefs, Gray clearly thinks highly of the pair, who both race under his name. Mindful not to rush them through their preps, he has freshened both four-year-olds up after their last wins.

Hard Too Think (x So You Think) races back over his last-start winning journey of 1400m (September 5) while the unbeaten Heavenly Dancer (x Echoes Of Heaven) sticks to Polytrack, the surface he scored his two-from-two, and will stay at 1200m, the distance of his last-start win six weeks ago. 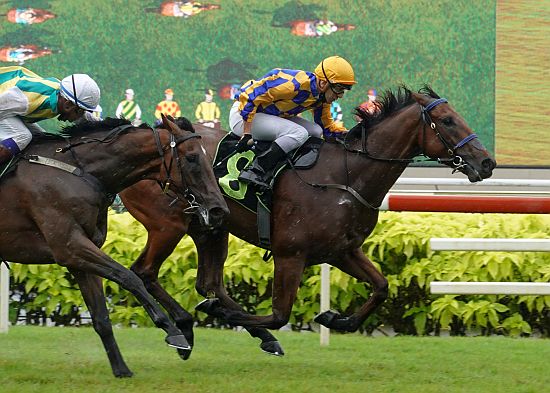 For a while, Gray toyed with the idea of testing Heavenly Dancer at a superior echelon, but thought better of it in the end.

“Heavenly Dancer is a nice horse going forward. I thought of running him in Class 3 but it is not easy and he may not get in,” said Gray who captured two Lion City Cups in a row (2017 and 2018) with champion sprinter Lim’s Cruiser after coming close three times (two seconds in 2014 and 2016 and a third in 2015) with Emperor Max.

“So I decided to leave him in Class 4 and I can then get the leading rider (Vlad Duric) on. That means he will have to carry a big weight (58kgs), which could be an obstacle.

“We’ll see how we go. He has plenty of upsides and will be the one to beat, but the weight can also beat him.”

With Hard Too Think rising in grade from Restricted Maiden to Class 4 company, the handicap is obviously kinder to him, more so with the two-kilo claim of Singapore champion apprentice jockey Simon Kok Wei Hoong easing the burden further.

“Hard Too Think is looking for a mile and further. I’ll take my time with him and look for an opportunity to get further,” said Gray.

“He’s a nice staying sort and could be my Derby horse next year. He is well handicapped this Sunday, and with Simon claiming two, the lightweight will be a good opportunity for him.”

Gray saddles a second runner in that race, Cavallo Court, but the Sepoy five-year-old has run below expectations since his maiden win in January. Gray’s apprentice jockey Winston Cheah Wei Wen, who has not scored at Kranji yet, takes the ride.