The State of Disaster that Victoria has been placed under has denied European Godolphin trainers Saeed bin Suroor and Charlie Appleby their shot at glory in the historic 100th running of the Group 1 WS Cox Plate.

Nominations for the 2020 and 100th running of the Cox Plate at The Valley on October 25 closed on Tuesday with the two Godolphin stables notable omissions.

“He wasn’t comfortable sending his staff to Melbourne,” Bloodworth said.

“And when Saeed found out what was involved in sending his staff he advised that he wouldn’t be coming.

“It’s a great shame as Saeed has been a regular for 30 years and Charlie in the last five or six years.” 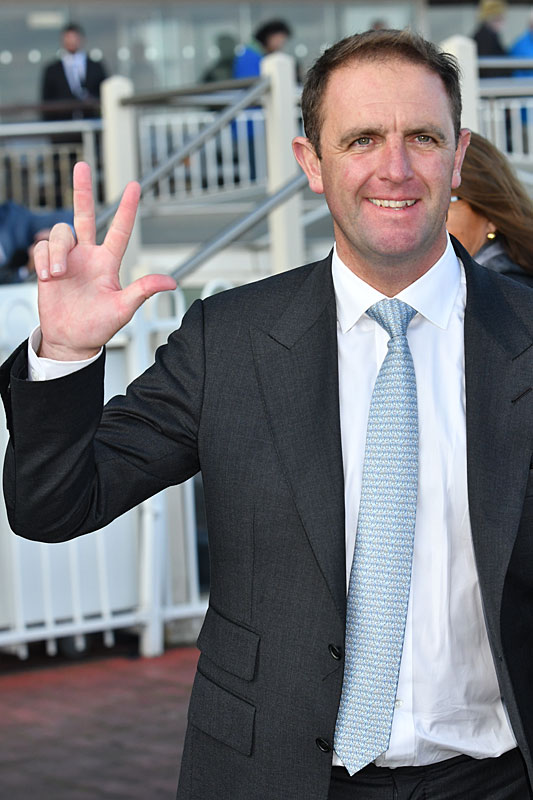 Entries have been received from each Australian state as well as New Zealand, France, England and Ireland.

Despite uncertainty around international participation owing to COVID-19 restrictions, the number of internationally trained entries is 28 of which 22 hail from Ireland’s O’Brien family.

Aidan O’Brien, the 2014 Cox Plate-winning trainer, has nominated 13 horses including 2019 contender Magic Wand and stable stars Japan and Magical, while O’Brien’s sons Joseph and Donnacha have entered eight and one respectively.

International and New Zealand horses are currently permitted to be transported into Australia, however their trainers and stable staff require Federal Government exemptions to enter the country.

Carpenter said the Cox Plate was one of Australia’s most coveted prizes and being run in exceptional circumstances this year means the winner will be long remembered.

“There is incredible diversity in the list of entries which pleasingly represents all states of Australia and lots of star power,” Carpenter said.

“So the foundation is there for a race befitting such an historic occasion.

“The quality of international entries remains strong despite the current COVID-19 restrictions and the next month will ultimately determine whether these internationals horses can compete.”

Michael Browell, Moonee Valley Racing Club chief executive, said the club was looking forward to the build up to this year’s race.

“Despite all the challenges that have been presented so far, today 182 dreams are alive to take out the legendary 2020 Ladbrokes Cox Plate in a year we are celebrating a significant milestone with the 100th running of our great race,” Browell said.

“The Club is pleased to see internationals declaring their interest to compete in the Ladbrokes Cox Plate, but they will face strong competition from many stables across Australia and New Zealand determined to see their horse’s name on the honour roll of legends.”

In addition to the $3 million first prize there will be a $1 million prize money boost for selected local and overseas races should an eligible horse go on to win the Cox Plate.

And for the first time, the Group Two Feehan Stakes at The Valley on September 5, will be the only race that affords a “Golden Ticket” into the Cox Plate.