Nicky Henderson has pledged not to reveal market sensitive information about his horses through his sponsor Unibet as he expressed fury over the handling of Altior's controversial absence from Kempton's Silviniaco Conti Chase.

The five-time champion trainer said his bookmaker-sponsored updates would instead be restricted to more routine news, with anything that might significantly impact a betting market announced via the Press Association.

Altior was scratched from the Silviniaco Conti Chase on Thursday, 48 hours after Henderson had announced on his Unibet-sponsored blog that he was not happy with two-time Champion Chase winner.

Henderson's stable star was long odds-on for the 2m4f contest, but drifted alarmingly in the market on Tuesday morning before Henderson publicly expressed concern about his wellbeing.

Henderson said he was contacted by a media outlet about the drift and immediately called the BHA.

Speaking at Kempton on Saturday, where he saddled two winners, Henderson said: "Altior just didn't look right that morning, but before we knew it there was a rumour.

"The first thing I did, which nobody seems to have mentioned, certainly not the BHA, is that I rang their integrity department at 8.45am on Tuesday morning to tell them we had a problem with Altior and told them there was something fishy going on.

"Most people think that there wasn't anything wrong until I made an announcement at 12 o'clock, but that isn't the case. The BHA are well aware I'd informed them before 9am that all wasn't well, but they haven't mentioned that in all this and then everyone is knocking me.

"I had to speak to my owner first before I could go public with the information and I couldn't get hold of them until midday. I rang the BHA but they haven't mentioned that."

He added: "I'm furious. I've been furious the whole way through. What more could I have done that morning?" 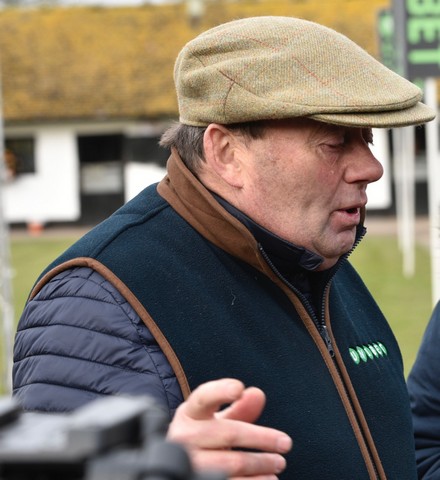 The BHA sent a vet to examine Altior on Thursday and found him to be fit and sound, but Henderson still opted to scratch the horse.

Henderson, whose eventual representative Top Notch finished third, said about Altior: "He looked better the next day and he remained in the race on Thursday when the BHA vet came down and said he was sound and happy. I love the way that then BHA put out that 'horse scratched after BHA vet visits horse'. That insinuates that the horse was taken out because of the BHA vet, but he wasn't. After all the schmozzle we decided it wasn't worth it.

"I had wanted to run the horse, but the only plus side is that I may well have taken him out anyway because of the soft ground here today."

All stable employees are supposed to keep inside information confidential as terms of their employment.

Henderson said: "I have reminded my employees about their responsibilities and in future we'll be releasing such sensitive information through the Press Association. The more routine stuff we will continue to put out ourselves. It's all very well people talking down the bookmakers involvement but they put a lot of money in to the game."

Following Henderson's comments on the matter, a BHA spokesman said: "We can confirm that Mr Henderson contacted us on Tuesday morning. It would not be standard practice for the BHA to proactively make public the details of confidential conversations with a trainer, particularly if those conversations related to the potential use of inside information.

"Mr Henderson's call was to let us know that he was concerned about why the horse was drifting in the market despite no decision having been made about his participation. The BHA was in regular contact with Mr Henderson from Tuesday morning onwards in relation to this, but the communication of a horse's running plans is a matter for the trainer.

"This, however, is an entirely separate issue to our statement on Wednesday evening, which was instead related to the fact that Mr Henderson had not yet scratched the horse despite having said on Tuesday that it was not going to run and designed to keep the racing and betting public up to date."