Hawtin produced Heart Of Gold to win the Waipa Earthworks 1550 under jockey Lynsey Satherley then confirmed the Pam Brindley-bred and raced gelding would be his final starter.

"That was my last runner. He's the only one I've got still racing," 70-year-old Hawtin said.

"I've got a dozen at home, a couple to trial in the middle of next month but then I won't have anything.

"There's a couple there to go to Hong Kong and we've got to work out where a couple will go, a couple I own myself, one that might go to Brendon in Aussie, but that's it.

"It's been a great life in racing. Racing has been great to me. I don't regret a second of it."

Hawtin's father Don was a butcher in Matamata and trained a few horses he raced himself and passed on the passion for the sport to his son.

Hawtin worked before and after school for trainer Hori McGovern before leaving school and heading to Australia to work for Angus Armanasco.

“Angus was especially known as a first-rate trainer of two-year-olds, but he was a good trainer all round. When I was with him he had horses like Full On Aces, Turf Ruler and The Judge – all sires as well as top racehorses.”

Hawtin then began a 25-year association with New Zealand Racing Hall of Fame trainer Graeme Rogerson, first as his assistant trainer in Australia, then joining him in partnership in New Zealand in the 1992-93 season. 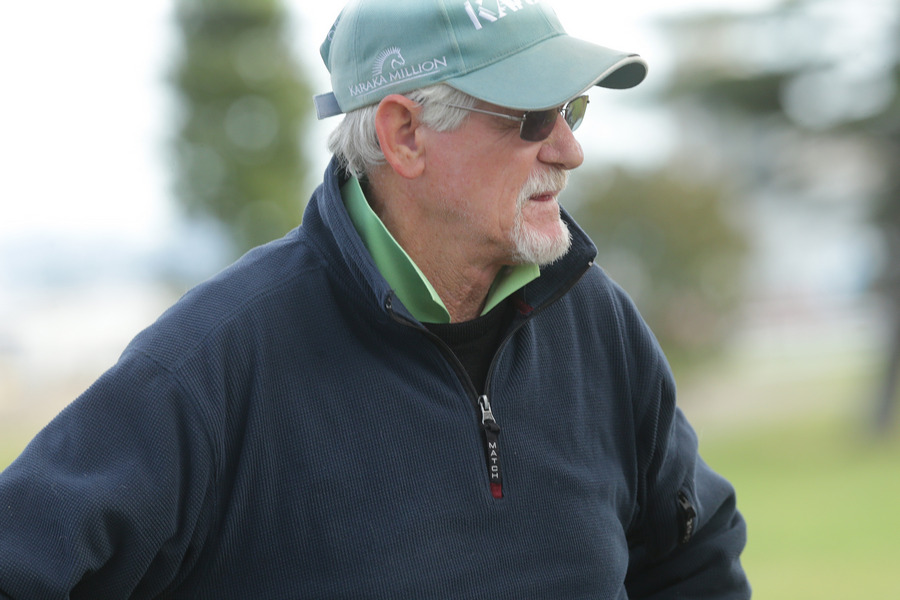 During Hawtin's time with Rogerson he also managed Rogerson's stables in Dubai, along with his own son Brendon, and travelled with horses to the United States, Hong Kong and Germany.

After leaving Rogerson, Hawtin spent time working in the US and Singapore before heading back home to train in partnership with Brendon at Te Awamutu in the 2005-06 season.

He has trained solo since 2019 when Brendon moved to Cranbourne first to work for Trent Busuttin and Natalie Young, then set up his own stable.

"We've had great support from the likes of Pam Brindley and Paul Guise and we've had a great last 16 or 17 years," Hawtin said.

"I've been basically doing this since I was 10, so for the last 60 years. I've had a good innings. What am I, 70 now and I'm still fit and healthy and can still do things.

"The kids live in Aussie so we can just lock up our place and go and visit them or do other things we want whenever. We'll just enjoy the rest of our lives now without the commitment. If I want to go to the races, I'll go."

Hawtin is approaching 50 years of marriage to his wife Lyn and the couple want to make it a priority to spend time with Brendon in Victoria and their daughter Angela in Port Douglas.

"I was with Rogey for 25 years and he's been instrumental in the success of my career. I can't thank him enough for what he did for me and my family," Hawtin said.

"We had some great horses in that era, probably the greatest 10 years in my life with those horses.

"Lord Zirito probably gave us the biggest thrill when he won the Wellington Steeplechase as a rising 13-year-old. Probably the best horse I trained was Kaaptive Edition. There were a lot of good ones but by gee, he was a good horse."

Hawtin is the latest big-name trainer to announce his retirement this season after fellow premiership-winning trainers Stephen McKee, Murray Baker and Paul O’Sullivan all called time on their careers earlier this season.