Cambridge trainers Murray Baker and Andrew Forsman were buoyed by Aegon’s 1200m trial victory at Matamata on Tuesday ahead of his tilt at the Karaka Million 3YO Classic (1600m) at Ellerslie later this month.

The Group One-winning three-year-old sat in the trail behind Mannie’s Power before jockey Leith Innes asked him to improve at the 400m mark, and he ran away to a comfortable half-length victory.

His trainers were pleased with the hit-out and the way he was able to trial handier to the speed.

“He was still half a length slow out, but I guess the intention was to ride him a bit closer and obviously you can’t give them the start in big fields as you go up in grade against better horses,” Forsman said.

“It is nice to see that as he has matured, he has got a bit stronger and he probably does have the ability to do that now.”

The son of Sacred Falls will now head to the Karaka Million on January 23 for which he is currently a $2.20 favourite with TAB bookmakers, ahead of Te Akau’s Amarelinha ($2.40).

“It (the Karaka Million 3YO) rolls around pretty quickly for him but he is in as good order as we can have him knowing he has a long preparation ahead of him,” Forsman said.

Aegon’s Group One-winning stablemate Quick Thinker was also in the same heat, although Forsman was less upbeat about his unplaced performance.

“It was a very disappointing trial, but he has done that to us before,” Forsman said. “It is mostly the left-handed thing and being a bit fresh and keen.

“We will just see how he comes through it, but I think right-handed and a bit of give in the ground is what this preparation is geared around, so hopefully we can get him through this and press on to better options.”

“As he matures he will just get better and better, that is how he is bred,” Forsman said.

“I thought he trialled well, he is still very much on the way up, as is Quick Thinker. They will have another trial in two or three weeks’ time.”

“We have given a bit of thought to running first up in the Herbie Dyke so that will depend on how he improves from this trial, comes through the next few weeks and trials again at Te Aroha later in the month,” Forsman said.

Stakes winner Long Jack showed promising signs in The Chosen One’s trial, making his return after a 12-month absence from the track.

“He was a bit keen as you expect being off the scene and was a bit rusty,” Forsman said.

“He blew out the last bit and fingers crossed he can come through this well and we can press on.

“He has done great in the time off that he has had and he looks a nice, matured horse.

“If we can see the ability he did show when he last raced in Melbourne then we are very much looking forward to that.” 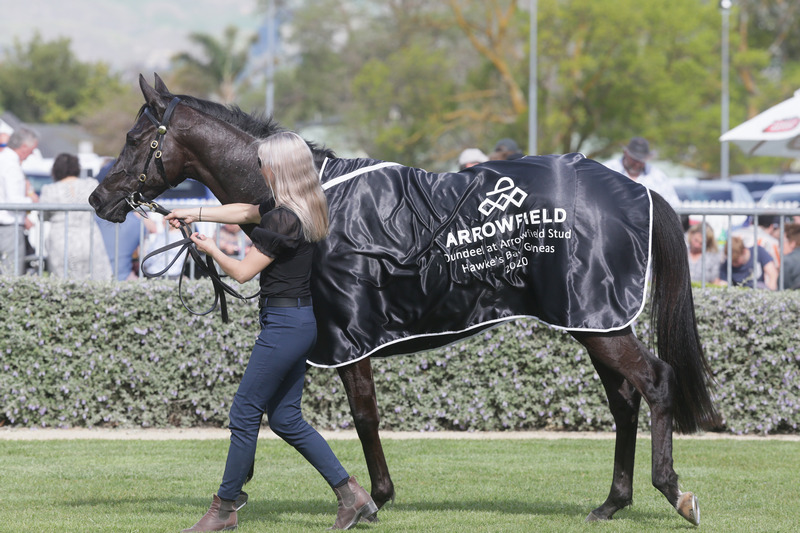 Browne duo head for a spell

The David and Emma-Lee Browne-trained Elephant and Gone West have headed to the spelling paddock in preparation for bigger assignments next season.

Promising four-year-old Elephant extended his unbeaten streak to four at Ellerslie on Saturday in the Otakiri Reserve 1500.

It was his third start this preparation and his trainers have decided to put him away and potentially target some races across the Tasman with the son of Shocking in the new season.

“I was very happy with his win on Sunday,” Emma-Lee Browne said.

“We are just going to take it easy with him. With the fact that he is still a pretty immature galloper we thought we would avoid throwing him in the deep end against horses like Melody Belle. He is not quite ready for it, so we thought we would be patient.

“We will give him a good break now and then bring him in and have a bit of a crack at that (Australia).

“We will map a programme out of how we want to do it.”

Elephant will join stablemate Gone West, who won three of his five starts this preparation before a slight niggle curtailed his campaign.

“He had a little setback the day before the Dunstan Final,” Browne said. “It wasn’t too major but enough for us to say we will look after him.

“He has shown plenty and done enough this prep. I think he will be better next year and he will be targeting cups races.”

The Graeme and Debbie Rogerson-trained Beauden could head to Trentham later this month to target the Gr.3 NZ Campus Of Innovation & Sport Wellington Cup (3200m), although his trainers are weighing up other options.

The son of Bullbars made it back-to-back victories in the Listed Marton Cup (2200m) on Saturday after his four-length victory in the Taupo Cup (2000m) late last month.

Beauden is currently a $8 joint second favourite behind Waisake ($6) for the Wellington Cup, but the handicap conditions could force Rogerson to change tack.

“He is a good traveller and has done everything right,” Graeme Rogerson said. “I’ve been talking with Joan (Egan, owner) about where we go with him, whether we go to the Wellington Cup or go to weight-for-age racing at a mile and quarter.

“Weight is her (Egan) concern. He has been carrying weight so far so we will see how he goes. We will know what we are doing by the weekend.

“He just wasn’t right in the spring, his blood wasn’t right, so we turned him out and started again. It was as simple as that.”

Meanwhile, Rogerson is looking forward to lining up Mascarpone in the Gr.1 JR & N Berkett Telegraph Handicap (1200m) at Trentham on Saturday.

“I hope he gets a good track and Ryan (Elliot) rides him right and everything goes to plan,” Rogerson said.

“He certainly has ability but he is up against a very good field so it will be an interesting race.”

The four-year-old gelding heads into Saturday off the back of a fifth-placing in the Gr.3 J Swap Sprint (1400m) at Te Rapa last month.

“He pulled his shoe off in the Te Rapa race and ripped his front plate off and we had to get his foot right so we decided not to go ahead with Auckland and concentrate on the Telegraph and this will test him to see how good he is,” Rogerson said.

“He has a few kinks in his armour. He is not the easiest horse but potential, he has any amount of ability. He just has to settle and run, if everything goes right they will see a good horse.”

Group One winner Travelling Light will head to Ellerslie later this month to contest the Gr.2 Westbury Classic (1600m) after pleasing her connections with her runner-up effort in her 1000m heat at the Matamata trials on Tuesday.

“I knew she was in good order, I just wasn’t happy with a few of her little traits last time in,” trainer Ben Foote said.

“She has got a lot more spunk about her and has thickened up. Her weight is a hell of a lot better, she has got condition on her.

“Michael (McNab, jockey) said she just pulled into it today, the other horse came up next to her and she just wanted to go. So I am very happy with her.

“She will head to the Westbury Classic.”

Foote was also pleased with Vitesse Bo’s third-placing behind Aegon in the opening heat of the day.

“I was extremely happy with her trial. She had a good break after her South Island trip and she’s on target I think,” he said.

Foote said she will likely have one more hit-out before her trip south.

“She might do an exhibition gallop, I don’t really have any plans for her but I will do something else with her,” he said. “I just wanted to see how she came through today.”

Foote admitted she hasn’t been the easiest horse to ride, but he was pleased with the way she went on Tuesday.

“She has always been a handful,” he said. “I had a different rider today – Michael McNab. I had a noseband on her and she was much better, she is not a horse that pulls anyway.

“We will probably go back to putting the earmuffs on her, I took them off because I thought they were upsetting her but I think she was worse with them off.

“She will go to the Mr Tiz. She is definitely bigger and stronger now. She is pretty ready to go. I am really happy with her.”