Dalasan will have a new jockey aboard for the fourth-consecutive start in this month's $1 million Group 1 Australian Guineas (1600m) at Flemington, with Jamie Kah booked to ride.

Mark Zahra was expected to ride Dalasan in the Guineas provided he successfully overturned his careless riding suspension at the Victorian Racing Tribunal on Thursday morning.

But Zahra's eight-meeting suspension for his winning ride aboard Gytrash in the $750,000 G1 Black Caviar Lightning was not reduced by the required one meeting, paving the way for Kah to secure the ride.

Dalasan has won five of 10 starts, including three victories at Group level. The Dalakhani colt, who finished fifth off a wide run in October's G1 Caulfield Guineas (1600m) as favourite, ended last spring by winning the Carbine Club Stakes (1600m) under Hugh Bowman.

He resumed with an eye-catching third on soft ground in the G3 Manfred Stakes (1200m) at Caulfield on February 1 when ridden by Craig Williams, before beating one rival home in the star-studded G3 C.S. Hayes Stakes (1400m) last Saturday under Ben Melham.

Kah has ridden two Group 1 winners, both of them at Flemington, which is the venue of the Australian Guineas on February 29. She was aboard Harlem in the 2019 Australian Cup and Gatting in last year's Makybe Diva Stakes.

Dalasan, which was as short as $6 when BetEasy markets first opened, is currently a $17 chance for the Australian Guineas, with the C.S. Hayes Stakes placegetters Catalyst ($2.70), Alligator Blood ($2.90) and Chenier ($6) at the top of betting. 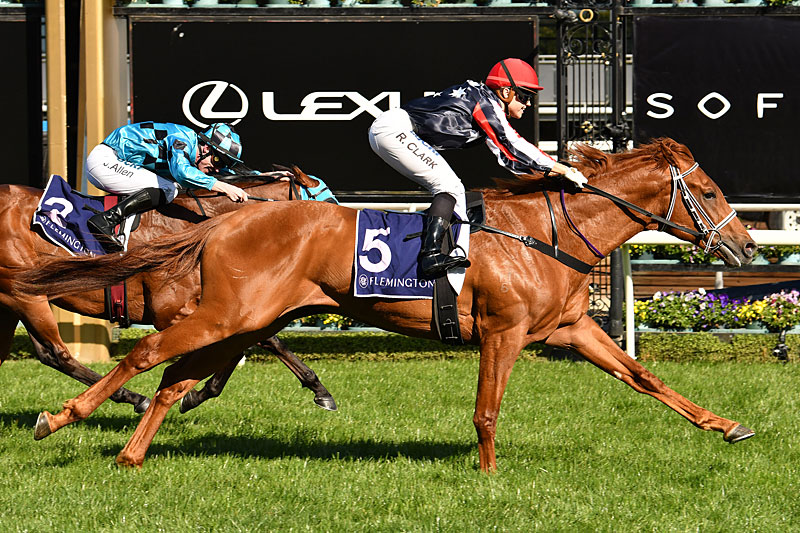