Luke Ferraris, the son of current Hong Kong-based trainer David Ferraris, will join Hong Kong’s riding ranks for the 2021/22 racing season on a half-season contract from 15 July, 2021 to 13 February, 2022.

“We were over the moon, it’s always what he’s wanted to do and he’s certainly earned it,” David Ferraris said.

At age 19, Ferraris is set to be the second youngest arrival in Hong Kong after New Zealand jockey Michael Walker was licenced for a short-term stint in early 2003 at age 18.

The two-time South African champion apprentice has made waves in his home country and arrives in Hong Kong having already achieved considerable success with a South African Triple Crown triumph to his name aboard Malmoos, as well as victory in the G1 Cape Town Met (2000m) at Kenilworth Racecourse, Cape Town’s biggest race atop Rainbow Bridge.

“He’s done extremely well back in South Africa, the trainers support him and he’s been riding some real big horses at home - I think they’re going to miss him quite dearly.

“He’ll be riding Rainbow Bridge in the Group 1 Durban July Handicap in the first week of July and then head straight into quarantine, for what will be quite a long quarantine,” David Ferraris said.

Looking ahead to Wednesday night’s fixture at the Valley, David Ferraris will put the saddle on last-start winner Nitro Express in the Class 4 Silver Mine Bay Handicap (1650m).

“He’s got gate nine tomorrow night which isn’t going to make things easy but the horse is in top form,” Ferraris said. “He’s absolutely flying for an old boy, he’s earned good money for the owners and he’s really doing very well at this later stage of his career.”

The Australian-bred nine-year-old made all under Joao Moreira last start in Class 5 but this time steps up in grade and will be paired with jockey Matthew Poon from gate nine.

“He was just given an exceptionally good ride, normally he would never go to the front like that but Joao (Moreira) just decided that was the best thing to do and it worked out very well,” Ferraris said. 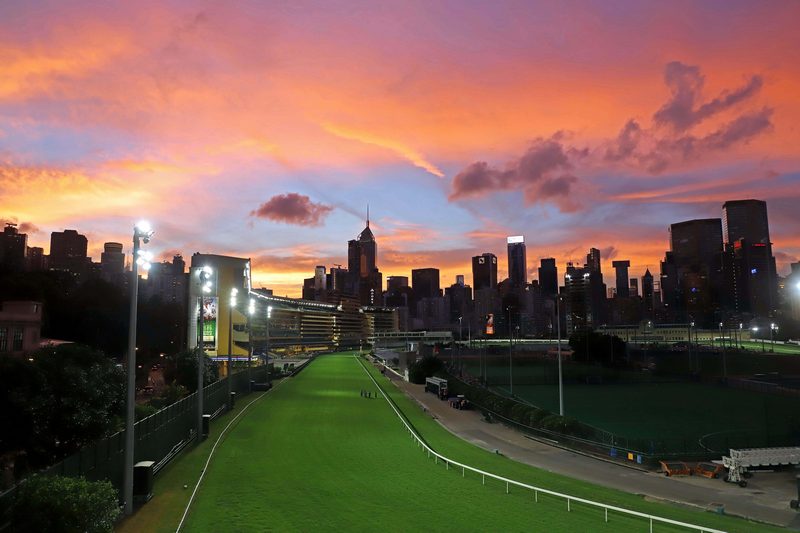