New Citadel was sent off as odds-on favourite on his return after six months out with a leg injury, but even though expected main rival Shamrocker was a late scratching, the four-year-old could only manage 3rd as Special Runner ran out the winner of Sunday’s Class 1 feature race at Seoul. The winner was ridden by Johan Victoire, completing a treble on the day for the French jockey.

An American import by With Distinction, New Citadel had won six of eleven prior starts in an injury-disrupted career and got closest to superstar Cheongdam Dokki in the KRA Cup Classic last autumn. His latest setback had seen him out since January, but punters believed he would have little difficulty seeing off a small field over 1800M. He was scarcely a factor though as Special Runner saw off the challenge of Wonder Bolt by half a length with New Citadel a further four-lengths adrift. 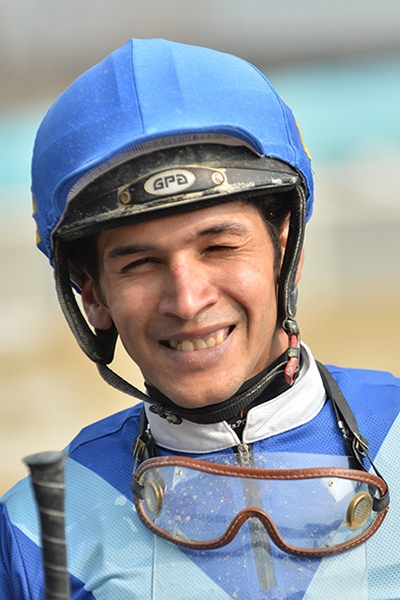 It was Special Runner’s first try at class 1 and seventh victory in total. For jockey Johan Victoire, it was a third winner on Sunday having earlier partnered Jungle Beat to victory in race 3 for Australian trainer Simon Foster and also guided filly Ecton Sinhwa to an easy win in race 8.

Victoire wasn’t the only foreign jockey to enjoy a successful weekend with Brazilian pair Antonio Da Silva and Manoel Nunes both among the winners at Seoul while Fergus Sweeney continued his impressive strike-rate at Busan. It wasn’t just foreign jockeys in the winner’s circle either as Irish trainer Thomas Gillespie’s Great King won Busan’s class 1 Sunday feature. The four-year-old Majestic Warrior colt was sent off as 5/1 chance for the 2000M “Road to Group 1” race and struck the front a furlong out to go on to score by a length and a half from Stealth and favourite Captain Force. It was Great King’s sixth career win and 25th of the year for Gillespie who lies joint 3rd in the Busan Trainers’ Premiership.

While New Citadel was unable to return to form at Seoul, on Friday at Busan there was a successful comeback. Ice Marine won last year’s Oaks trial at Busan and was sent off as favourite for the fillies’ Classic. She only finished 7th of 16 that day, returned lame and didn’t race again for almost an entire year. Having made a nondescript comeback on June 8th, she was rated no better than a 16/1 chance for Friday’s competitive Class 2 feature but, under jockey Song Keong Yun she flashed home late on the outside to pip Taeyangui Sinhwa by a neck on the line. If she can maintain that form, Ice Marine may be an interesting addition to the older filly and mare ranks, a division that isn’t especially strong.

This coming weekend, attention turns to the current crop of three-year-old fillies with this year’s Korean Oaks being run at Busan on Sunday.