Neasham dominates with juveniles at Rosehill

Annabel Neahsam has been opening up the wallet at the Gold Coast Magic Millions sale this week and the Warwick Farm trainer has shown what she can achieve with a juvenile by training three of the first four past the post in the $130,000, Davali Handicap (1100m) at Rosehill on Saturday.

Her Deep Field colt one Sweet Ride ($9.50) led from barrier to box to defeat the Chris Waller-trained Northern Beaches ($8.50) by two lengths, with stablemate to the winner Flashing Steel ($6F) a head away in third. Neasham's only other runner Smart Vengeance ($10) finished a further long neck back in fourth.

According to stable representative Todd Pollard, his boss Neasham has already invested plenty at the yearling sales with the prospect of more purchases on the cards.

"She's signed for about 20 so far and there's more time still to go tonight," Pollard said.

"There's a fair bit of ammunition for this time next year and we look forward to them coming in." 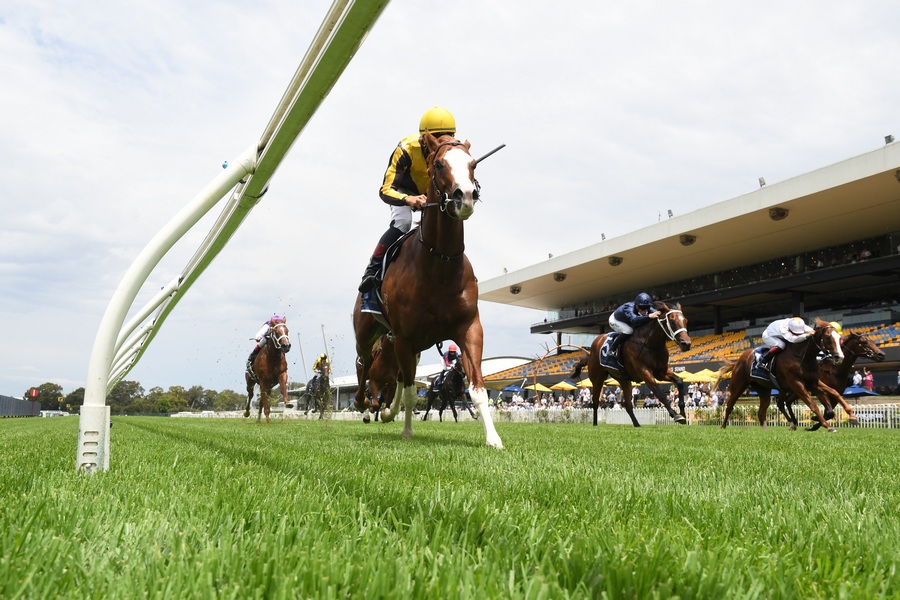 Sweet Ride was rated perfectly by jockey Jean Van Overmeire, and Pollard was pleased with the front-running steer by the South African-born hoop.

"He was best drawn of our three and he got to the front and they couldn't catch him," Pollard said.

"He's got a bit of attitude and he's a real out-and-out two-year-old who we thought would run really well today.

"He found the front, did everything right and just kept kicking so it worked out beautifully."

Stablemate Flashing Steel wasn't disgraced in finishing third and Pollard believes he is also one to follow out of today's contest.

"Flashing Steel was a great run and he's going to be a lovely horse in the making," Pollard said.

"He was probably against this bias of the track and was green out wide but is one to follow."

Jockey Van Overmeire was impressed with the maturity of the winner, despite being his first time at the races.

"He definitely knows what he's out there to do," Van Overmeire said.

"As soon as the gates opened he pinged, he put himself right there on speed.

"I did have to help him a little bit, he was having a bit of a wander as you would expect being a first starter. But his turn of foot was instant, he was strong too."