Nature Strip and Bivouac top the weights for Newmarket Handicap

Five-time Group 1 winner Nature Strip and defending champion Bivouac have been allocated the joint topweight of 58.5kg for the Group 1 Newmarket Handicap (1200m), one of the feature races on Super Saturday March 6.

In recent years the pair have waged a battle to claim the title of Australia’s best sprinter, and it was Chris Waller’s enigmatic six-year-old Nature Strip who reclaimed the bragging rights when he flew down the famous Flemington straight under Jamie Kah to take out the Group 1 Black Caviar Lightning (1000m) two Saturdays ago.

Bivouac could only manage fourth that day, but the James Cummings stable would be confident of gaining revenge given the arrogant nature of his victory under Glen Boss in last year’s Newmarket Handicap.

Nature Strip’s stablemate September Run, who charged home to finish runner-up in the Black Caviar Lightning, will be asked to carry 52kg as she bids to add the Newmarket Handicap to the Coolmore Stud Stakes (1200m) she claimed at Flemington during the 2020 Spring Racing Carnival.

Other notable contenders include Leon and Troy Corstens’ high-class three-year-old filly Swats That, who has been assigned 50kg, and straight specialist Zoutori (55kg), who was beaten just over a length in the Oakleigh Plate.

The $1.25m Newmarket Handicap, which was first run in 1874, is one of two Group 1s on Super Saturday, with the TAB Australian Cup (2000m) the other feature race. 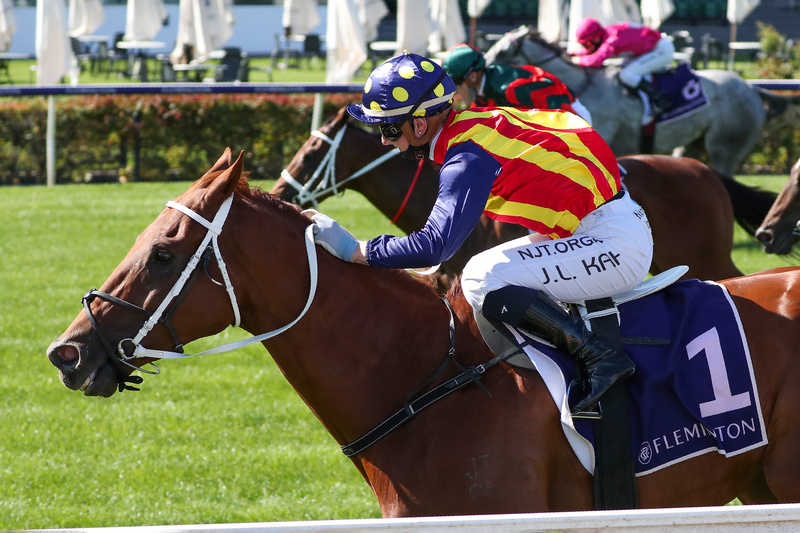