The acceptances for Randwick on Saturday confirmed that the nation’s leading sprinters, Nature Strip and Bivouac, will separate to their own races with both consequently the firm favourites with TAB’s opening markets for each race.

The Chris Waller trained Nature Strip decisively won their last meeting in the Group 1 Black Caviar Lightning Stakes over 1000m at Flemington, however, on Saturday he will have the $500,000, Group 2 WFA Hyland Race Colours Challenge Stakes (1000m) to himself.

With eight acceptances on Wednesday Nature Strip has barrier eight under James McDonald and TAB have him at $1.45. The Challenge Stakes is Race 5 at 3.05pm.

Godolphin’s Bivouac has been accepted for the $500,000, Group 1 WFA  Heineken Canterbury Stakes (1300m) after his gallop with Kementari at Kembla Grange on Tuesday.  Both are in the field with Glen Boss on Bivouac with barrier eight and Rachel King on Kementari with barrier nine. TAB have Bivouac as the $2.80 favourite with Kemantari at $23.00.

Their stablemate Savatiano has barrier three for Hugh Bowman with the winner of the Group 2 Expressway Stakes over 1200m at Randwick in January 30th the second favourite at $4.60.

The Hawkes’ stable have accepted with Masked Crusader for the Canterbury Stakes and he is  on third line with TAB at $6.00. The four-year-old Toronado gelding impressively won by 2L the Group 3 Southern Cross Stakes over 1200m and Randwick on February 15th. Tommy Berry rides with barrier two.

Earlier in the programme the two-year-old’s race with the first, Race 2 at 1.15pm, the $300,000, Group 2 UNSW Todman Stakes (1200m) for the colts and geldings. A field of nine face the starter with Profiteer, Hugh Bowman and barrier one, the slight $2.80 favourite over Stay Inside, James McDonald and barrier eight, at $2.90.

The second Group 1 on the programme is the $1m, Group 1 Mostyn Copper Randwick Guineas (1600m), Race 7 at 4.25pm, with a field of 13. Once again there is a dominant TAB opening market favourite with the Baker and Foresman trained Aegon (NZ) at $2.30 after the Sacred Falls gelding blitzed the Group 2 Hobartville Stakes over 1400m at Rosehill on February 20th by 1 3/4L.

Overall there are 98 acceptances for the nine race programme.

The track is rated a Good 4 on Wednesday after 34.2mm of rain for the last seven days and the rail moves out to the 3m mark for the entire circuit from the True last Saturday.

Sydney’s weather leading into the weekend has no rain forecast with partly cloudy days and 25c on Thursday, 26c on Friday and 17c to 24c on Saturday. 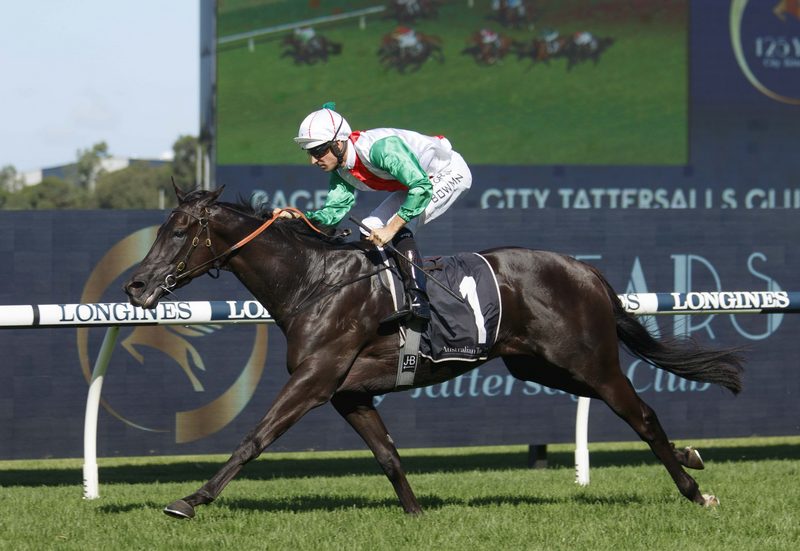