Collects of over $100,000 on two TAB Multis will come to fruition on Saturday if $3.20 favourite Dalasan is victorious in Saturday’s $2m, Group 1 Caulfield Guineas (1600m) at Caulfield.

The TAB reports that both Multis, both placed on September 13th, involve races that have occurred in the early stages of Sydney’s Everest Carnival and Dalasan winning the Caulfield Guineas is the final leg in both of these trebles. 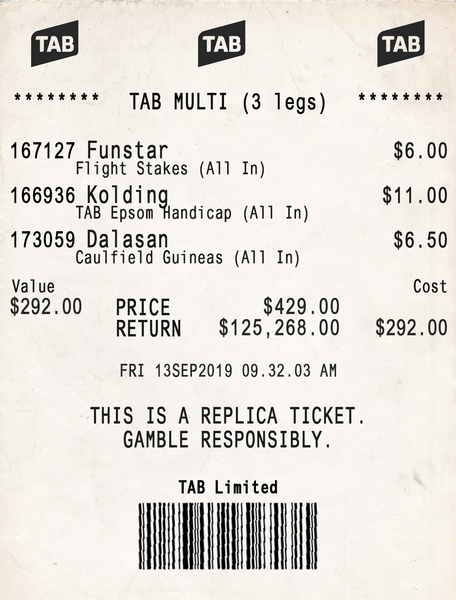 In the other Multi, $321 was wagered at odds of $312 on Bivouac to win the Group 1 Golden Rose over 1400m at Rosehill on September 28th, Funstar to salute in the Flight Stakes at Randwick and Dalasan in the Caulfield Guineas for a potential $100,152 windfall. 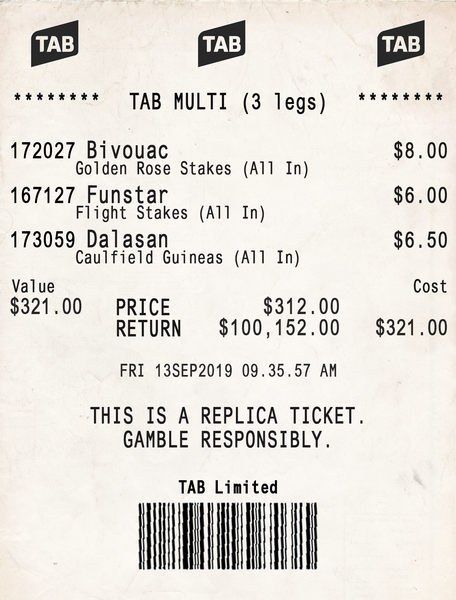 The Macdonald and Gluya trained Dalakhani colt Dalasan has won four of his six starts and was second in the other two races he has contested.

On Saturday Dalasan has the outside barrier of 18 for Hugh Bowman. The Caulfield Guineas is Race 8 at 4.30pm.

The latest TAB ODDS as at Thursday morning: