Exciting import Mugatoo (IRE) will have “stable company” at his next assignment at Rosehill Gardens in a month’s time.

Mugatoo  has come through his first-up victory at the same track last Saturday in the Listed Winter Challenge (1500m) really well, but will not start again until the Group 3 Premier's Cup (1900m) on August 29.

And present indications are that stablemates Mustajeer (GB) and Grafton Cup winner Sixties Groove (IRE) also will begin spring campaigns in that race.

"I might trial Mugatoo prior to the Premier's Cup, but he won't run again before then," Lees said on Thursday.

"That race will give us a better idea which way to head with him this spring."

Mugatoo, along with Mustajeer, Sixties Groove, Le Romain and Miss Fabulass, comprise Lees' entries for the $5m Group 1 wfa Cox Plate (2040m) to be run at Moonee Valley on October 24. 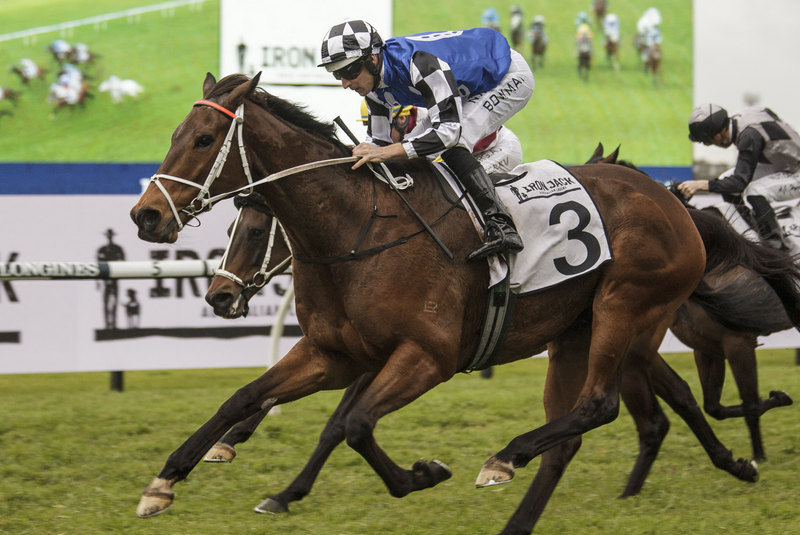 The lightly-raced Mugatoo, who has won six of his 12 starts (four out of six in Australia since joining Lees) impressed everyone with his dominant performance on resumption last Saturday, including the RacingNSW handicapping panel.

He has been raised five benchmark points to a rating of 103. Such has been Mugatoo's dramatic improvement under Lees that he has gone from a Benchmark 71 rating when he made a successful Australian debut in a Benchmark 88 Handicap (1600m) at Randwick on January 25.

Another stablemate Raheen House (IRE) is also being geared up for a spring campaign, and may kick off a fortnight earlier than the above trio.

Lees is looking at resuming the Group 1 Sydney Cup (3200m) placegetter in the Premier's Cup Prelude (1800m) on the Kensington track on August 15.

Lees withdrew former West Australian sprinter Special Reward from the July Sprint (1100m) at Rosehill last Saturday when he drew awkwardly, and had a big weight.

Korcho (GB), who has now put two Australian wins on the trot, is likely to have only one or two more runs this spring.