Depending on the race shape, trainer Michael Moroney thinks he has all bases covered for a Group 1 handicap win at Caulfield on Saturday.

Moroney will saddle Buffalo River (USA) and Poland in the Sir Rupert Clarke Stakes (1400m), with the former an on-pacer and the latter preferring to come from just off the speed.

“If Buffalo River gets an easy time and can quicken at the right time he will be hard to head off, and if they run along hard and true then Poland probably has the fitness edge over him,” Moroney said.

Buffalo River has not raced since finishing down the track in the Doncaster Prelude (1500m) at Rosehill in April, while in his last fresh run he over-raced when finishing second to Regardsmaree, an opponent on Saturday, over 1400m at Flemington in February.

Moroney said a lot of work had gone into trying to get Buffalo River to race more tractably.

“He’s a more practiced version now,” Moroney said. “He’s learning to relax a little bit more than he has been, but whether that turns him into [being capable of] winning more races I don’t know.”

Ideally Moroney would like to see Buffalo River take a sit on Saturday, but if the gelding jumps smartly he will be instructing Patrick Moloney not to wrestle him.

Poland is a lightly raced four-year-old that won over Saturday’s course and distance in the Group 2 Autumn Stakes in February but has drawn awkwardly in barrier 12. Moroney said he hopes the field runs along and is broken up so the son of So You Think (NZ) can slot in.

“The barrier draw hasn’t done him a lot of favours and he could be caught wide,” Moroney said. “At 1400 [metres] he doesn’t race far off the speed and it’s just a matter of where he maps from that barrier, and whether he can get in.

“Hopefully it will be run true enough and there will be holes there to slot in just behind them.”

Early makets have Buffalo River at $16 and Poland at $23 with tab.com.au. 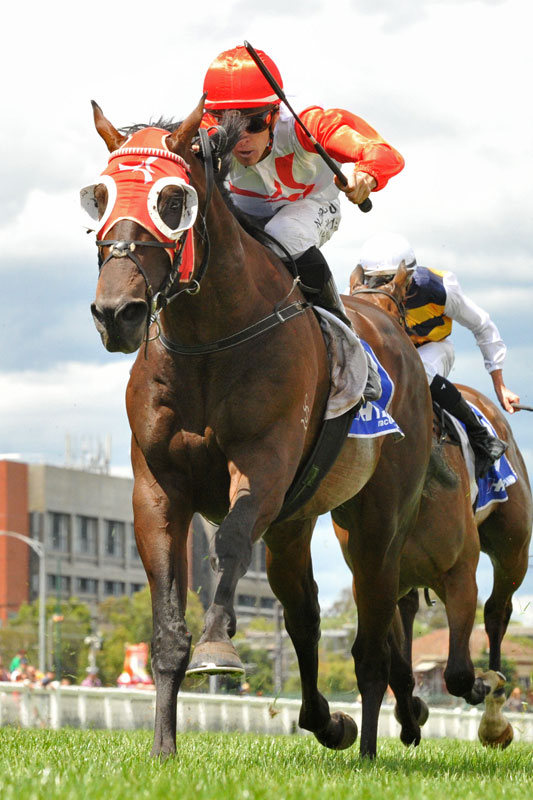