Bendigo is known as the ‘Nursery of Champions’ and Mornington Glory stamped his potential with a debut win on Wednesday.

The time may not have been spectacular, but the way Mornington Glory went about his work in the Bendigo Mazda Plate (1100m) indicated better wins are in store.

Trainer Matt Laurie is now contemplating heading to Flemington with the three-year-old for the Group 2 Danehill Stakes (1100m) on October 2, and then possibly the Group 1 Coolmore Stud Stakes (1200m) four weeks later.

Laurie has always considered Mornington Glory a galloper with loads of potential and was relieved the son of Shalaa (Ire) was able to deliver on Wednesday.

“The best winners are the long-priced ones because you don’t expect them,” Laurie said.

“We’ve had a big opinion of this horse and it’s nice to see him kick-off in good fashion. He’s only going to be better when he’s got horses in front of him to follow and after a couple of taps with the stick he put it together late, so he’ll improve a hell of a lot from today.

“I’ll chat to the owners, but I’d like to run him in the Danehill and then depending on how he goes in that, the Coolmore.”

Currie was equally impressed with Mornington Glory after overdoing it early in the race.

“He went up a little bit rather than out when I first pressed him off the bridle, but it wasn’t until I gave him a hit behind the saddle that he really lengthened and flattened out,” Currie said.

“He had a good blow when he pulled up and he’s got a lot of improvement in him, but is a lovely horse going forward.” 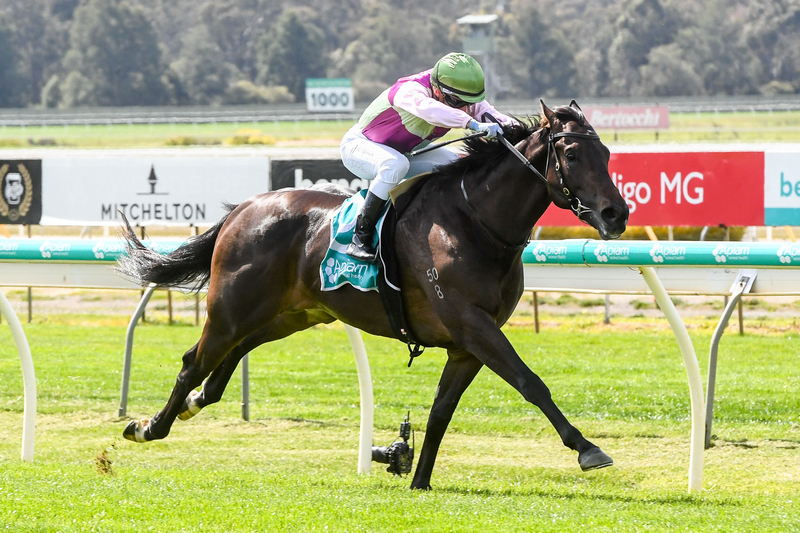