The incredible riding clinic put on by Joao Moreira and Zac Purton at Sha Tin on Sunday saw the pair end the day with four wins apiece – Moreira took four second-place finishes for good measure, too. The season’s two remaining fixtures afford the two riders 19 opportunities to increase their tallies. 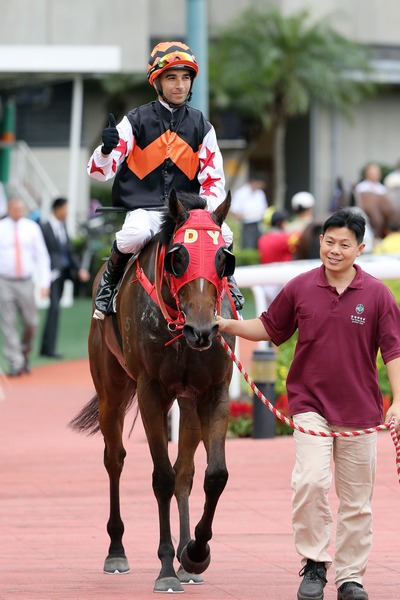 The duo went into the third-last meeting with Purton three wins ahead in the title race. But Moreira has not been champion jockey three years straight for nothing and the Brazilian came out fighting, snaring the first two contests on the 11-race card.

In the opener, the Lor-trained Speed Vision outpointed the same trainer’s Witness Hunter, ridden by Purton who is seeking a second Hong Kong champion jockey crown. Race two saw Moreira and Snowhooves kick past the Purton-ridden Ever Strong to score, with the latter fading to third.

Purton struck back in the third and fourth races, The Full Bloom easily holding the Moreira-ridden Yourthewonforme and then Glorious Forever giving Purton a second win as Moreira took second again on Insayshable.

With both riders in peak form, Moreira sealed a treble aboard second-starter Cordyceps, claiming a neck success in race five, and Purton matched that in race six when Amazing Moment kicked past his rival’s mount, runner-up Giddy Giddy. The defending champion made it a four-timer in the seventh contest aboard the Dennis Yip-trained Winning Controller.

Karis Teetan finally snapped the domination in race eight. The Mauritian urged on the Ricky Yiu-trained Encore Boy through a downpour to land the Class 3 Lai Chi Chong Handicap (1200m). 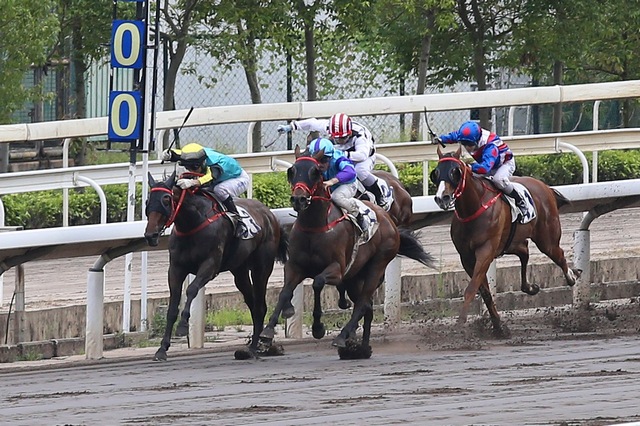 Purton, though, was not done. The Australian matched his rival’s four wins when enjoying a comfortable score in race 10 atop the Lor-trained Patch Baby. At the end of the day’s play, the score stood 133 – 130, with Purton still three ahead.

Kerm Din’s “Pakistan Star” silks were at the fore in the Tai Mong Tsai Handicap (1400m) – when it mattered, at least. Pakistan Friend emulated his owner’s famous G1 winner by stepping out of the March Hong Kong International Sale to make a winning debut. Tony Cruz’s charge, a chestnut son of Not A Single Doubt, raced immaturely and arrived on the scene late off a deep-closing run. The 16/1 chance scored by a neck under Tommy Berry. 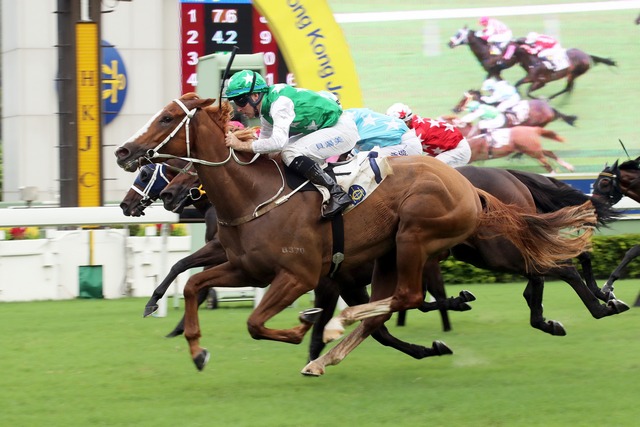