Moody not troubled by Incentivise barrier

Trainer Peter Moody is not being put off by the extreme outside barrier for Incentivise in the Caulfield Cup and sees more positives than negatives.

Incentivise will jump from barrier 18 in Saturday's Group 1 Handicap over 2400m if the two emergency acceptors don't gain a start and will gradually work his way in if there are three or more scratchings. Dunaden (2012) won from gate 18, in 2019 Mer De Glace won from barrier 17, while Descarado (2010) and Best Solution (2018) have been successful from gate 15 in recent years.

"I'm much happier draw there than if he was drawn five and under," Moody told TABRadio. "There doesn't appear to be a lot of tempo there once again and I would expect him to be in the first four or five.

"I'm finding more positives than negatives from the outside draw where Brett Prebble is going to be able assess and weigh up what's going on around him and be where he needs to put him to win the race." 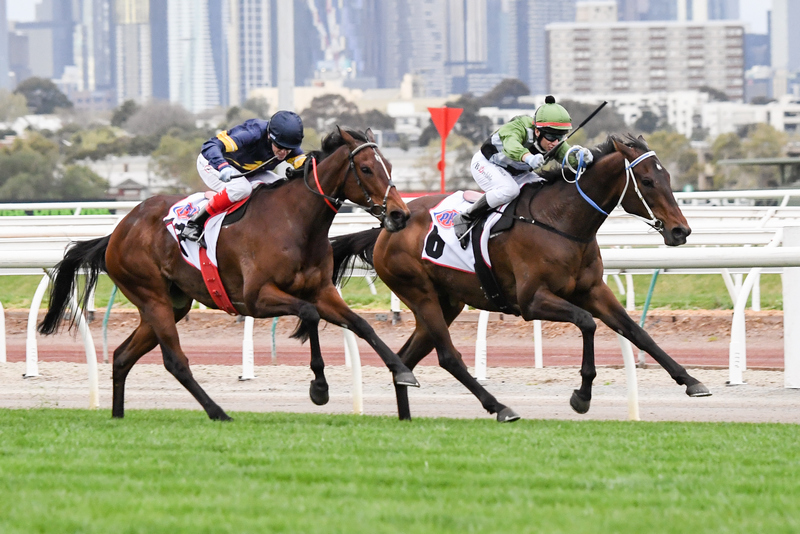 Incentivise has been on the drift since the Caulfield Cup barrier draw, picture Racing Photos

Incentivise has been on the drift with TAB since Wednesday's final field declaration and barrier draw. He was the $1.90 favourite pre-draw and has since drifted to $2.60, but is still expected to run as one of the shortest-priced favourites in Caulfield Cup history.

Despite leading at his two Melbourne runs, Moody says it is not necessary for Incentivise to take up the running on Saturday.

"If half-a-dozen of them want to come out and heel up, it wouldn't worry me to see him third, fourth or fifth," Moody said. "They usually charge to the first turn and then take a hold, and from there Prebble should be able to slot in wherever that may be —outside the leader or two pairs back.

"He hasn't actually travelled in a race down here. He's raced on a loose rein, so getting up to a mile-and-a-half he might be able to travel in a race. It scares you to think how he could quicken with the bit in his mouth.

"This is the race that we've aimed him at the whole way through and he arrives in excellent order."