If Anthony and Sam Freedman have the right horse developing for the Merson Cooper Stakes, then it is a race in which they like to start off the careers of their two-year-olds. 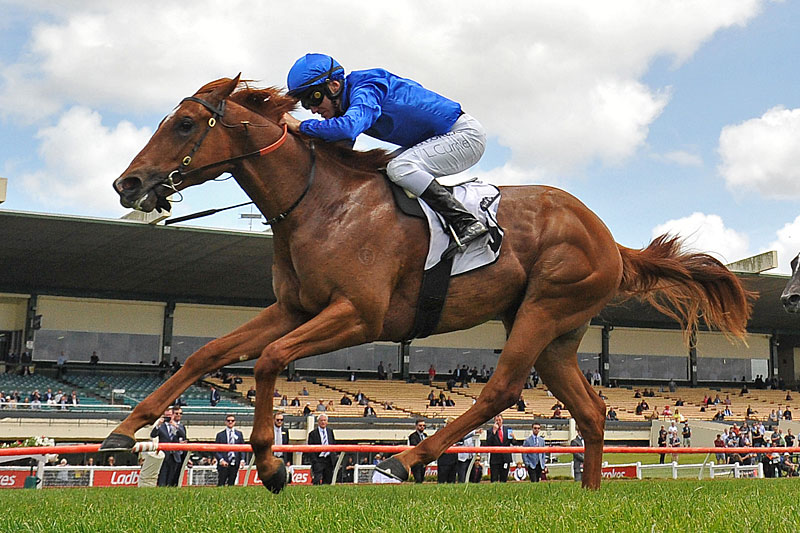 Two years ago, when Sam Freedman was the assistant trainer to his father, the stable took out the event with Godolphin-owned Hanseatic, who went on to win the Blue Diamond Preview and Prelude before running second in the Blue Diamond behind Tagaloa.

Last year, another Godolphin galloper in the form of Anamoe was successful in the Merson Cooper, before going on to claim the Group 1 Caulfield Guineas and run second in the Cox Plate earlier in this spring.

Godolphin is aiming for a hat-trick in the Listed Merson Cooper Stakes (1000m) on Saturday with the Freedman’s saddling Moko, while James Cummings, who prepares Anamoe, has Silvanito engaged.

Sam Freedman said a circle was placed around Saturday’s race in the calendar with the stable keen to have a runner in the race. And he said the bonus this year was it gives the two-year-olds a look at Caulfield ahead of the Blue Diamond Series that kicks off in January.

“If you’ve got something that is going good enough to start in, it’s a good race to do so,” Freedman said. “It’s a high prizemoney race for two-year-olds and it can set them up for the autumn. And this year it is at Caulfield, so it gives them an extra look if you’re thinking of the Blue Diamond.

“She’s lacking the race experience, she is still a bit green and new when she comes off the bridle. The gut probably says that Brereton will be up on the speed and is professional and hard to catch, but as long as she is running home well, we’ll be pleased.”

Freedman said he could not gauge the daughter of Impending against Hanseatic. “He was more brilliant than what she is, but she’s only starting off and we haven’t pushed the buttons, so we’ll see how she goes,” he claimed.