Minister gets the vote in Kranji Class 3

A change in tack enabled Minister to live up to his handy English form with an all-the-way win on Friday night at Kranji.

Bought with the Singapore Four-Year-Old Challenge in mind, a spanner was thrown in the works when the annual series was moved forward by three months this year.

Trainer Lee Freedman pressed on and did his best to get the October arrival fit and ready for the first Leg, the Group 3 Silver Bowl (1400m) on February 29, but as feared, the rushed prep proved inadequate. He was able to race handy early, but knocked up in the run home, beaten more than seven lengths by Bold Thruster. 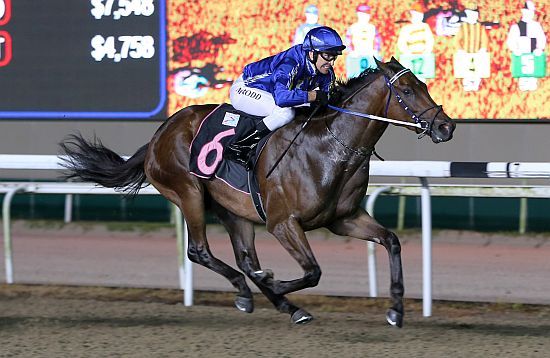 Freedman didn’t dismiss the run outright, though. He knew he had gone in underdone, and he seemed to have resented the firm track as well.

The 2018 Singapore champion trainer reshuffled his plans for the son of Street Sense, deciding to bypass the second Leg, last Friday’s Group 2 Stewards’ Cup (1600m) won by Siam Blue Vanda, and lowered his aim towards the $70,000 Class 3 race over 1600m one week later instead.

It proved to be a masterstroke. Teamed up with Michael Rodd, the King Power-owned galloper, who was known as Bye Bye Hong Kong in the UK where he won three races between 1219m and 1640m under top trainer Andrew Balding’s care, never gave connections any anxious moments once he landed in the driving seat.

Travelling comfortably on the kinder surface, Minister made play and was never really threatened by any of his 10 rivals when he was given his head. The up-in-grade Yaya Papaya (A’Isisuhairi Kasim) did pose a momentary threat at the furlong pole with a stinging assault, but could only peg the margin back to one-and-a-quarter length.

Gold City (Alysha Collett) rattled home late to run third another half-length away. The winning time was 1min 38.66secs for the Polytrack mile.

“It’s not ideal when you run behind time. He was unfit going to the 1400m first-up and I buried him with work,” said Freedman.

“I dropped him in grade tonight, and he showed he can win. He needed the win on his reputation.

Rodd said Minister was impressive in winning but was still finding his way around Kranji.

“He was changing his legs in the straight. He’s still learning his craft around here,” said the Australian hoop who was at a riding double after saluting earlier aboard Crystal Dragon (see earlier report).

“He’s very explosive. It was a good win considering he had an unorthodox prep, he showed his class tonight.”

That first Kranji hurrah has earned the US-bred a first prize cheque of around $40,000 for Thai outfit King Power Stable.

Yaya Papaya’s trainer Leslie Khoo was proud of his charge’s second, given he was rising in class in his bid for a third win in a row, even if his rueful expression told of his frustration.

“He ran very well, but it’s the barrier (12) that killed him. If he had drawn better, he could have won,” said the Singaporean handler.

“He ran against some very good horses tonight, and it was very encouraging. He has really improved a lot.”