The Patrick Payne-trained Rubisaki will chase a $1 million payday this summer after resuming with an impressive swooping victory at The Valley on Saturday.

The daughter of Rubick claimed the $135,000 Ladbrokes Cash In Handicap (1200m) at Benchmark 70 level for three-year-olds, her third win from five starts after ending her two-year-old season with a second in the Listed Gibson Carmichael Stakes (1600m) at Flemington on July 6.

Somals took over the lead upon straightening but faded into fourth as Rubisaki made the most of inside runs through the field to score by 2.5 lengths ahead of fellow swoopers Alburq ($10) and South Street Boss ($61).

"She's always been a smart filly but she's slightly filled out more this time in and Patrick (Payne) and his team have obviously got her going well - that was quite a dominant win today," McNeil said.

"She's a very push-button horse so if you leave her alone early you can point and aim. She's a real honest racehorse.

"She's a beautiful filly that's going to get better with racing and time."

Prime Thoroughbreds manager Joe O'Neill stated that Rubisaki would be aimed at the $1 million Inglis Sprint (1200m) at Warwick Farm on February 8.

"How she gets there is up to Patrick," O'Neill said. 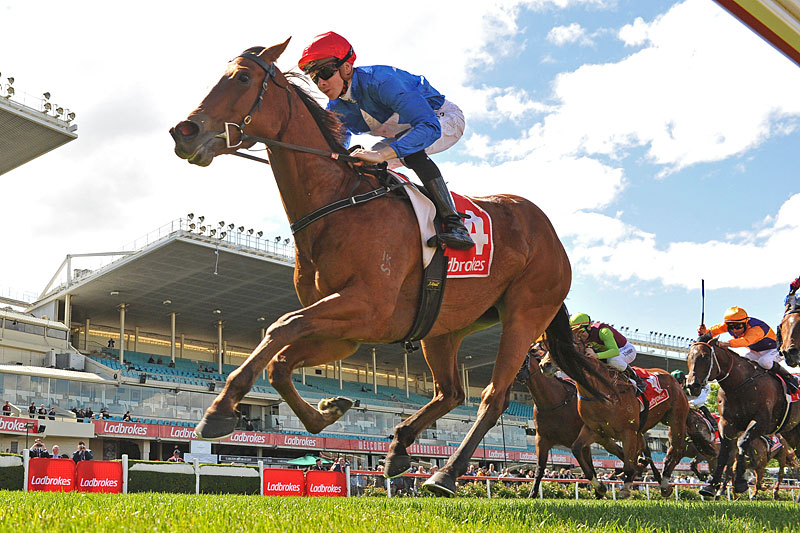