Colleague Michael Clower, author of widely-acclaimed biographies of Mick Kinane and Charlie Swan and past contributor to ThoroughbredNEWS, has written his first novel, a racing thriller - Riding For A Fall.

"Racing journalist and amateur jockey Rod Hutchinson is tipped off that certain horses are being doped to win. His secretive, early morning studies of the methods of the suspected trainers suggest something far more frightening and horrific than mere dope – and he resolves to expose them.

He discovers that the trainers concerned are in league with an unscrupulous bookmaker who gives them over the odds in return for information that the horses can’t lose. Hutchinson is warned to drop the subject and, when he refuses, he is viciously attacked and threatened with far worse. Still he continues and this time the villains determine to kill him in spectacular fashion.

At the same time the two horses Hutchinson owns are being run in an unscrupulous fashion that could threaten his writing and riding careers. He knows he has to find out why, and take action, before his world comes tumbling down."

Michael Clower, in the words of the Racing Post ‘a legendary racing writer’, has produced a fast-moving action-packed book well up to the standard of his racing biographies Mick Kinane – Big Race King, Champion Charlie, The Legend of Istabraq and Kings of the Turf.

Riding For A Fall, published by Christel Foord Publishing (South Africa), is available on Amazon at £8.02 for the paperback and £9.72 for the kindle edition.

"Michael's racing biographies are a must read and we are delighted to publish the news of his first novel which Michael wrote during a 2021 virus lockdown period. Not only a lockdown well spent, but one that we can all enjoy and pass to friends and colleagues in the racing fraternity world-wide," Rob Burnet, Editor ThoroughbredNEWS. 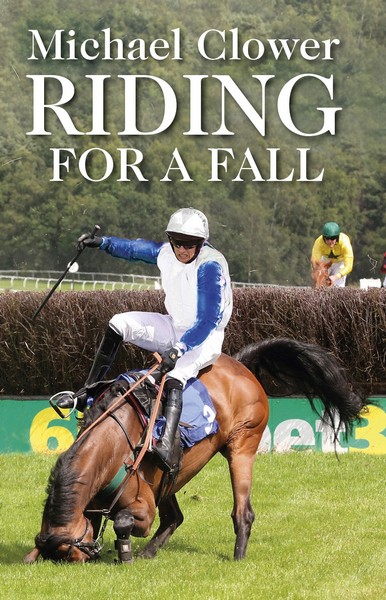