A horse owned by Red Cadeaux’s breeder and sired by Dunaden in many ways is destined for the Melbourne Cup, and that will be next year’s aim for Glorious Goodwood handicap scorer Just Hubert.

The William Muir-trained four-year-old posted a career-best effort to land the contest over an extended two and a half miles last Wednesday with connections contemplating a crack at various races on home soil for the rest of the season, including the Sky Bet Ebor, Doncaster Cup and Emirates Cesarewitch.

A trip to Flemington next year is the long-term plan, a race owner Clive Edginton has plenty of history with.

Muir said: “We wouldn’t get to Australia this year but it’s definitely a possibility next year as that’s why we bought him. Clive bred Red Cadeaux before selling him on and he’s always wanted a decent stayer that could head out there. He fancied this Dunaden foal as he beat Red Cadeaux by a pixel in the Melbourne Cup and it would be great if we could get over there and go one better.

“They go pretty strong in the Melbourne Cup and it would be a race up his street.”

A first crack at two and a half miles proved no hindrance to Just Hubert last week but he is versatile regarding trip, winning over five distances from a mile and a quarter up in his 17-race career. 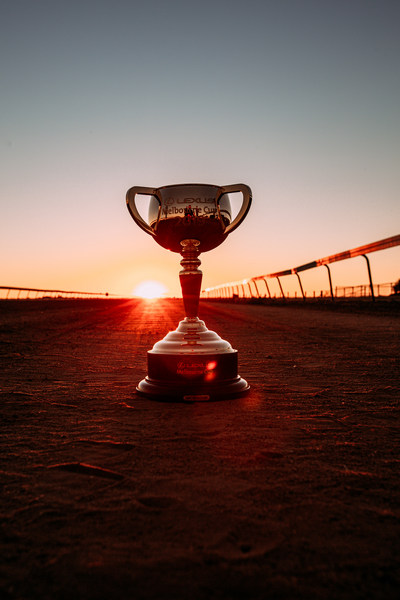 Muir said: “There are a few races we’re going to look at and he’s very versatile regarding trip. There’s a two-mile handicap at the Ebor meeting and the Ebor itself, and the Doncaster Cup comes into the reckoning.

“We’d be stepping right up in grade but he's decent and now he's at peak fitness we can aim for the stars. The Cesarewitch is another possibility.”

A trip to Germany hopefully awaits for stablemate Pyledriver with Muir targeting the Group 1 Preis von Europa at Cologne on Saturday week.

The Lambourn trainer saddled Enforcer to finish third to subsequent three-time Arc runner-up Youmzain in the race in 2006, while the Roger Charlton-trained Aspetar landed the prize last year.

Muir said: “He’s in fantastic order and after the Derby we planned to head to Germany. We were the meat in the sandwich at Epsom early on and our race was gone, but he still ran very well.

“If we run in the Great Voltigeur we’d have to carry a penalty, but if travelling through Europe becomes more difficult with the pandemic we’re living in, we’d have to change plans and head to York.

“He’d have a big chance in Germany so we’re keen to go if it’s possible.”

Pyledriver’s next start will determine whether he bids for more Classic glory in the St Leger at Doncaster, for which he is a best-priced 20-1 with William Hill.

“We’d like one more run as it would decide whether we stay at a mile and a half or attempt the St Leger," said Muir. "I’m pretty tempted by the St Leger as he has the right style of racing and he was doing his best work in the Derby in the last furlong.

“The Grand Prix de Paris would be the other option if we want to stick to a mile and a half.”