The absence of impressive Melbourne Cup Carnival winner Espiona from the Twilight Glow Stakes at Caulfield is music to the ears of Tony and Calvin McEvoy.

Espiona looked a seriously good galloper after her demolition job in the Listed Desirable Stakes (1400m) at Flemington on November 4. Runner-up that day, 6-½ lengths astern, was the McEvoy-trained Star Of Chaos who along with stablemate Nabbed will represent the stable in the Listed Twilight Glow Stakes (1400m) at Caulfield on Saturday.

“I think we did bump into a superstar last time, but we did have a tough run,” Calvin McEvoy said. “It was full of credit the run and I think she’s improved since then.” 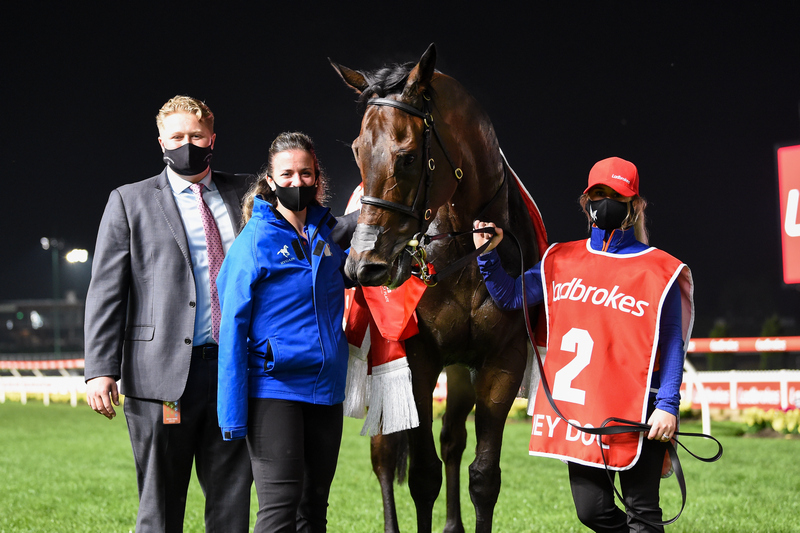 McEvoy said Star Of Chaos put in a sparkling piece of work at Ballarat on Wednesday and was in prime order to run a forward race on Saturday. Prior to her last start second, the daughter of Zoustar had scored at Geelong in late September before heading to Adelaide to win over 1300m on the Parks track at Morphettville in October.

Stablemate Nabbed has only fronted the starter on two occasions. The daughter of Written Tycoon was successful on the synthetic track at Ballarat on debut in June then finished down the track when resuming from a spell at The Valley over 1200m on soft ground on November 12.

“She’s a nice horse but she was disappointing, unlike her first-up at The Valley,” McEvoy said. “We’re putting it down to the ground at The Valley and that she just clocked off out the back.

“I haven’t changed anything going into this weekend. I’m trusting her and I think she’s a lot better than that and has trained on well. I had always thought she was a better filly than Star Of Chaos, but I’m not sure now as Star Of Chaos certainly has the better profile.”