Racing NSW Stewards on Friday conducted the hearing of a charged issued against licensed jockey James McDonald in respect to his riding of Threeood in Race 6 at Randwick on 20 June 2020.

Evidence was taken from James McDonald, who was assisted by Solicitor P O’Sullivan. Stewards also considered written submissions tendered by J McDonald and evidence provided by R Quinton. J McDonald today pleaded not guilty to the following charge under AR129(2) for failing to take all reasonable and permissible measures on Threeood throughout the said race to ensure that Threeood was given full opportunity to win or obtain the best possible place in the field in that by reason of all or part of the following particulars;

(2) After shifting Threeood to the outside of Voila near the 100m to obtain clear running he rode Threeood with insufficient purpose and vigour over the final 100m when it was reasonable and permissible for him to ride with more purpose and vigour.

After considering the evidence and submissions, Stewards found J McDonald guilty of the charge however determined that his decision to not shift out between the 300m and 100m was not unreasonable to the extent that it was blameworthy and that part of the particular was not established.

Having considered relevant matters in respect to penalty, including this was the first occasion J McDonald had been found guilty of a similar offence in 13 years of riding, his licence to ride in races was suspended for a period of 3 weeks to commence on Sunday 5 July 2020 and to expire on Sunday 26 July 2020 on which day he may ride.

AR 129 Running and handling
(2) A rider must take all reasonable and permissible measures throughout the race to ensure that the rider’s horse is given full opportunity to win or to obtain the best possible place in the field. 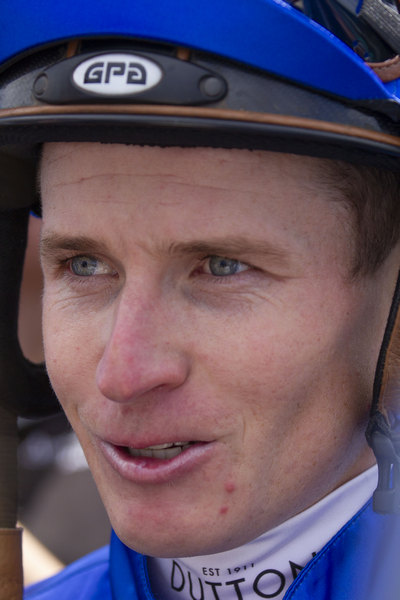