In the aftermath of the text he received from one of Thoroughbred racing’s most prominent owners, the dual hall of fame trainer, the one with plenty to look forward to, took a look back in time.

Can talk now if you like. Nothing much happening here except a tropical storm.

It’s a typical text – inviting, sprinkled with a tinge of dry humour – from Mark Casse, who continues to be one of Thoroughbred racing’s top conditioners.

Seated comfortably in his training centre office in Ocala, Florida, the man on a cusp of a major career milestone is enjoying a rare unfettered morning, one that has allowed him a few more moments to think of what it means to have 3,000 Canadian and U.S. lifetime wins to his name.

“I didn’t really realize I was so close,” started Casse. “[Owner] Gary Barber sent me a message [last] Wednesday night and told me I was only three away. I didn’t know that.”

The exchange with Barber, a longtime supporter of Casse’s, prompted reminiscences of how it all began for the native of Indianapolis, the countless highlights along the way, and win No. 3,000, courtesy of Souper Watson on Thursday at Gulfstream Park West.

Taking out his trainer's license in Massachusetts at the age of 17, Casse saddled his first winner at Keeneland with Joe's Coming, his first starter, in April of 1979. A success story on both sides of the U.S.-Canada border, he’s won the Sovereign Award for Outstanding Trainer in Canada a record 12 times and was inducted into the Canadian Racing Hall of Fame in 2016. This year, he was inducted in the U.S. Racing Hall of Fame. He won two-thirds of the American Triple Crown in 2019 when War of Will won the Preakness and Sir Winston prevailed in the Belmont. 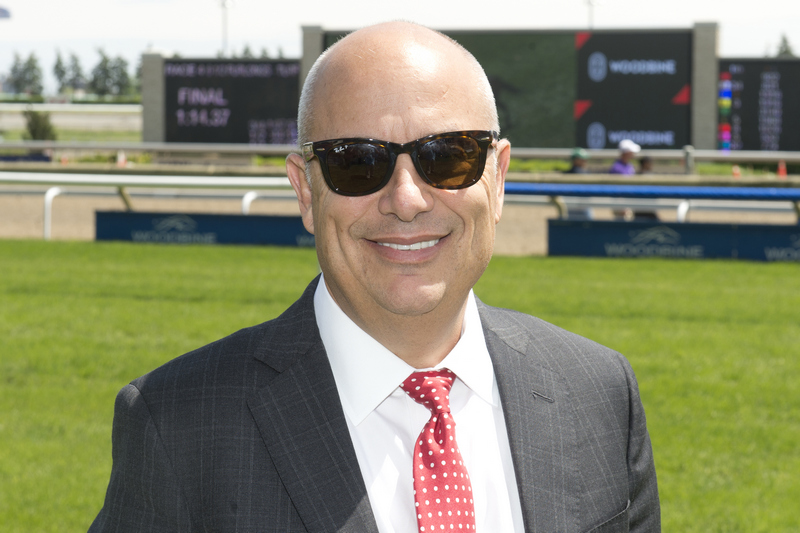 A trip in a horse van with his father, the late Norman Casse, to see Secretariat win the 1973 Kentucky Derby hooked him on racing. His father had a successful breeding operation in Indiana before moving his family to Ocala, Florida, where he established Cardinal Hill Farm. The elder Casse retired as chairman of the board of the Ocala Breeders’ Sales in 2006 after more than 40 years involvement in the industry.

“I was thinking about it [his own career] on that Wednesday night,” said Casse. “How it all started, a lot of it thinking about my dad. He was the driving force. He always helped me along the way. There are just so many people who have helped me.”

He mentions his wife, Tina, as a major contributor to his numerous successes.

“I would say in the last 20 years, Tina would be No. 1 for that. I wouldn’t be winning 3,000 races without her. She handles all of the financial parts and business parts, which allows me to go and concentrate on the horses. She also inspires me to continue to try and be successful. I wouldn’t have wanted to do it without her. The ups and downs, the losses – when you’re having a bad day, or you’re not as pleasant or as happy as you should be – your entire family feels that. We don’t have the vacations. Even if you slip away for a few days, it never ends. You’re always busy with the horses.”

Casse also acknowledges the impact owners, and his racing team, have had on his career.

“Even if we don’t go over all the owners – the Gary Barbers and the John Oxleys – there are so many people I am grateful to. I could tell you lots of owners and people who have played a huge part in reaching this number. In the first 20 years of my career, I would say the most influential person would be my dad, and in second 20 years it would be in Tina. There’s also [assistant trainer] David Adams, [Casse’s son and fellow trainer] Norm, and [head of Casse’s Florida operation] Mitch Downs, he’s been with me 40 years, Robbie Hofher, Cindy Black… there are a lot of people where not everyone sees their names. You eliminate any of these people out of the equation and I wouldn’t be looking at 3,000 wins.”

How does Casse feel about the pursuit of 4,000 wins?

For now, he’ll focus on the short term.

Thankfully, the hard-luck losses have been offset by an abundance of accomplishments, accolades and awards.

Yet despite those lofty numbers, there is no ego to match.

What there is, however, is a passionate pursuit of winning.

“With all assets, there are liabilities. I’ve always said that. It’s interesting – going back a long time ago when we won our first Sovereign Award – I thought about the New York Yankees and them winning the World Series year after year. I thought, ‘What drives them once you win it to do it again?’ The answer to that is you don’t want to lose it. Once you’ve won it, you don’t want to lose it.

“That’s what keeps you going. Everything we do as an operation is to get to the winner’s circle.”

It’s a familiar spot, whether it happens to be at Woodbine, Churchill, Gulfstream Park, or elsewhere, for a conditioner still very much in his prime.

“Believe me, I’m not complaining about any of this life. It’s the life I chose. The good news is that we always have something to look forward to. Some days, when I get up and we don’t have horses running, on some occasions that’s a good day if it means that the day is a little more peaceful. But when I wake up and we have a lot of horses running, it excites me for the day.”

He now has 3,000 reasons and counting to feel that way.