Even some of the incredibly well-travelled fillies and mares who have visited the LONGINES Hong Kong International Races over the years are comparative hermits when considering the odyssey of G1 LONGINES Hong Kong Cup (2000m) contender Magic Wand.

Names on the meeting’s roll of honour such as Alexander Goldrun – three times a runner and once a winner in the Cup – spring to mind along with Snow Fairy, Ouija Board and Borgia, all of whom regularly competed outside Europe.

Their journeys were spread out across at least a couple of seasons while Magic Wand’s itinerary is even more extraordinary, with the four-year-old visiting almost every corner of the racing globe in less than 12 months.

Her season began with a second place in the G1 Pegasus World Cup Turf Invitational in Florida in late January and rolled on to a respectable run in Dubai in March. From there it was back to America for third in the G1 Man O’War Stakes.

Two months on home soil represented a comparative breather for a filly who, somewhat surprisingly, had first left the continent the November before, where she ran a cracker for fourth in the G1 Breeders’ Cup Filly & Mare Turf. 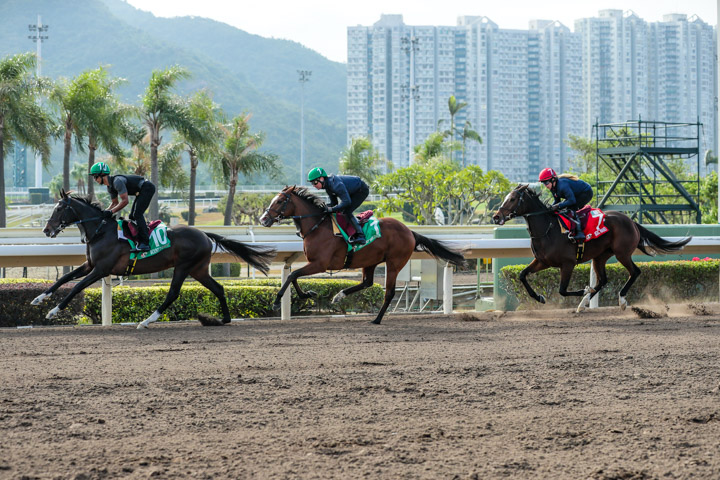 In August it was a fourth trip Stateside for a second in the G1 Arlington Million and a month later a bold run in the G1 Irish Champion. For many, a spell in the paddocks would be the order of the day, but Magic Wand was only just beginning. She was to appear three times in a fortnight in Australia through the G1 Cox Plate and the G1 Melbourne Cup. Just four days after finishing 10th in the main event she rectified the one piece of the jigsaw that was missing; a maiden Group 1 win in the Mackinnon Stakes at Flemington.

“She’s an incredible filly, obviously,” O’Brien said. “She goes all around the world – this year she’s been travelling since. She went from America, back to Ireland, even Australia not so long ago. What she has done is incredible.”

Although O’Brien has been sending horses to the meeting for many years, it has not been his happiest hunting ground and it took one very much in the mould of Magic Wand to achieve the breakthrough.

Highland Reel was another Galileo seemingly hewn from stone and could practically be considered a local, given he came to Sha Tin on four occasions. He won the G1 LONGINES Hong Kong Vase on his first visit in 2015, was denied by a lunging Satono Crown 12 months later and, on what was to prove his valedictory racing appearance, regained the title in 2017.

“It’s so competitive there, it’s hard to win a race, but when Highland Reel won it was very special,” said O’Brien. “Everybody looks after us very well, it’s a great atmosphere and it’s a meeting that we always look forward to. It’s a good track, you just have to have a horse that handles nice ground.”

Such conditions should suit Magic Wand to a tee.

“She’s a really tough filly and a mile and a quarter at Sha Tin should suit her,” said big-race jockey Ryan Moore. “She wasn’t beaten far over two miles at Flemington but the ground was a bit soft that day. She loves a fast surface.”

O’Brien added: “It’ll be a tough, hard race – very tough to win but we’re looking forward to it. She loves fast ground, she’s very genuine and we’re very happy with her.”