Francis Lui has the strongest hand of any trainer heading into Sunday’s HK$20 million BMW Hong Kong Derby (2000m) but that doesn’t mean he’s counting his chickens yet.

The handler has the top-rated and seemingly brilliant Golden Sixty, successful in the Hong Kong Classic Mile (1600m) and Hong Kong Classic Cup (1800m), aiming to complete a rare clean-sweep of the Four-Year-Old Classic Series, alongside More Than This, runner-up and third in the aforementioned contests.

“I can’t compare – they’re both good – I just hope I can win the Derby this year, but I do think John Size’s horse Champion’s Way is a danger,” he said.

Champion’s Way – the top-rated three-year-old in Hong Kong last season – certainly appears to be the chief threat to his talented pair, but the manner of Golden Sixty’s lead-up wins, compiling an impressive six-race winning streak, pegs him as the clear standout so far in this year’s four-year-old crop.

And, in More Than This, Lui has a solid second string to his bow, a horse that has long been widely-viewed as being ready-made for the 2000m of the Sha Tin Derby.

The two gallopers might share the same stable space but they are different in type. Golden Sixty is a neat, athletic Australian-bred with rich North American and European roots, a dark shade of gleaming brown, a live-wire but a silky traveller with a sit-and-wait sprint; the British-bred More Than This is a 1200lb bay, lazy from the gates, unrhythmic in the run, but with a raking acceleration to the line. 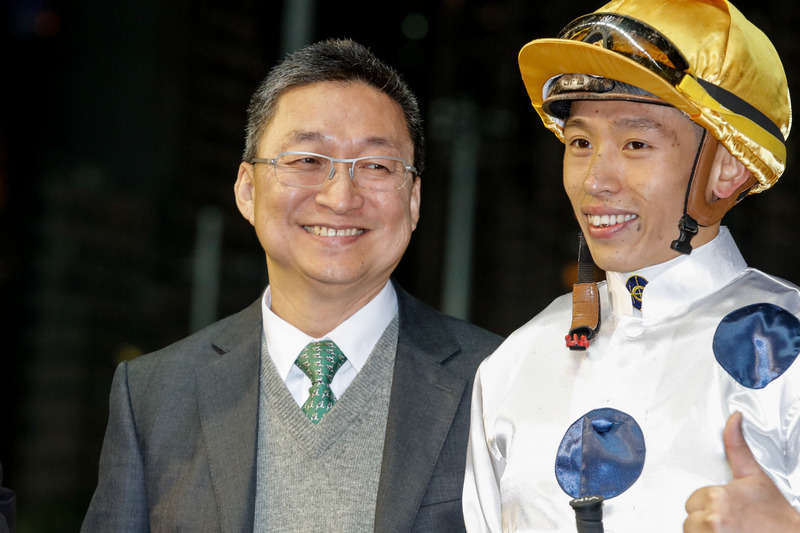 Lui purchased Golden Sixty for NZ$300,000 out of the New Zealand Bloodstock Ready To Run Sale in 2017 and had him prepped by trainer Graham Richardson before shipping him to Hong Kong unraced.

“With a young horse you expect at least they can win a race, but this horse I think is a gift,” Lui said of the Stanley Chan-owned Medaglia d’Oro gelding.

“I liked him, his gallop and breeze-up was impressive, a friend of mine also gave me his opinion. So, actually, I bought him and then I left it to one of my agents, Willie Leung, normally he looks after my horses so then I don’t have to worry.”

Golden Sixty was educated through three barrier trials in New Zealand before he relocated to Sha Tin and the rest is history in the making.

“I hope we can win the big race and I hope next season he can carry on and continue to run, even at the Hong Kong International Races maybe,” Lui said.

If Golden Sixty does win, he will become the second horse, after Rapper Dragon (2017), to win all three legs of the Four-Year-Old Classic Series. He would also give Lui, 61, and jockey Vincent Ho, 29, a first Derby win each.

Ho is aiming to become the first Hong Kong Jockey Club Apprentice Jockeys’ School graduate to win the race since Tony Cruz in 1995.

“I’m always confident in this horse’s ability,” Ho said. “We just need some luck and I just need to make sure we get the right run and then press the button at the right time. He’s got a good turn-of-foot.”

Golden Sixty’s impressive dash over 1400m and a mile earlier this term gave connections and observers cause for concern that the Derby distance would be a stretch too far, but his impressive 1800m score last time hinted that an extra 200m could be within his scope.

More Than This won three from three as a juvenile in Britain for trainer Richard Fahey before owner Huang Kai Wen opened his cheque book and sent him to Lui’s yard. In contrast to Golden Sixty, the handler did not peg him immediately as a potential high-grader.

“The owner bought him privately and normally his horses qualify by themselves, so he came to me as a two-year-old and I can’t say I expected much, but the owner told me that he was a good horse,” Lui said.

More Than This showed little in his first three runs towards the end of last season but things clicked in July and he ended that term with a smart win over 1400m. That turned into a streak, with a hattrick of 1600m wins early in this campaign before his two placed efforts behind Golden Sixty.

“I just worked him and he turned out pretty good, we had to geld him after one run because he wasn’t concentrating in trackwork,” Lui said.

Derby jockey Zac Purton did a fair bit of the work on More Than This when he first arrived but did not get aboard on race day until the Classic Cup.

Lui revealed that it was Purton who suggested he have More Than This gelded early on, and Purton’s recent input means that on Sunday the contender will have a new piece of gear fitted to “sharpen him up again” for the big day.

Purton is seeking a second Derby win to complement his victory on Luger back in 2015. He is hoping gate one will be ideal for his mount to deliver success even though no horse has won the race from that draw since the race distance changed from 1800m to 2000m 20 years ago.

“In the first two legs of the four-year-old series he drew wide gates and although they’ve been small fields, he’s had to go back. With this good draw, hopefully he can be a little bit closer and not have so much work to do,” Purton explained.

The way More Than This races suggests he is a stayer in the making but there is enough in his pedigree to raise a question mark, including the fact that his sire, the sprinter-miler Dutch Art, was arguably best at 1200m and has produced only a handful of runners capable of smart form at beyond a mile.

“There are always stamina doubts but I think there are over every runner in this race, to a certain degree,” Purton said. “Some of those lower-rated horses have a run at the distance but the horses with the most quality are untried over the trip and until they run over it you can never be confident they’ll run it. He gives the impression he’s going to so let’s hope that’s the case.

“We just need a little bit of luck now,” he added. 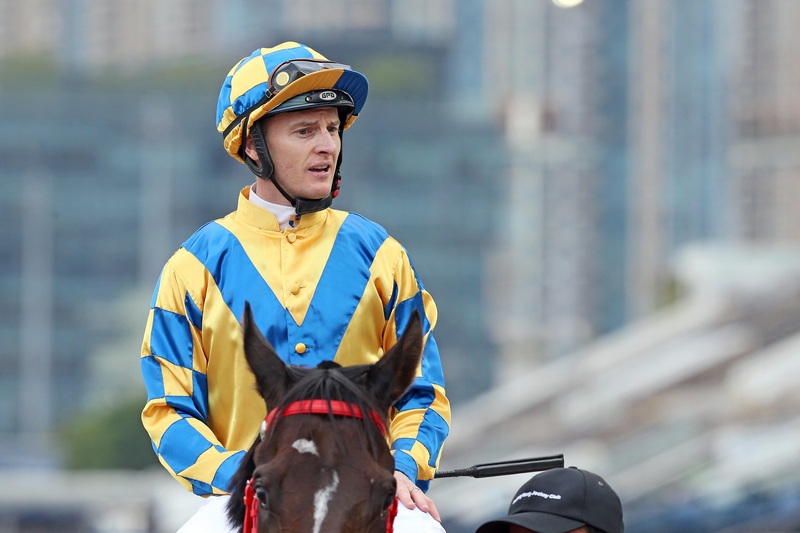