Lucky Bubbles’ “mind is back” for Chairman’s Sprint Prize defence

Lucky Bubbles is ready to burst back into the Group 1 sprint picture in Sunday’s HK$16 million Chairman’s Sprint Prize (1200m), a race that trainer Francis Lui is hoping will relaunch his gelding towards Royal Ascot and beyond.

The talented chestnut was at the peak of his powers when winning last year’s edition of the Champions Day speed feature in a thrilling tussle with Mr Stunning. But after a solid second to that rival first-up this term in a course and distance G2, Lucky Bubbles looked jaded, prompting a short and seemingly refreshing break at the Jockey Club’s Beas River equestrian centre.

“He looks like he’s back in his form and in his mind. His form was just okay in his last few runs – normally my horses improve little by little through their prep but he didn't, he just stayed in the same place,” Lui said at Sha Tin this morning, Friday, 27 April.

“He got some interference in the Jockey Club Sprint in November and he just wasn’t happy. After he was beaten in the Centenary Sprint Cup in January we sent him for a rest and now he looks bright and back to his old self. The field will be strong though – John Size has some good young horses and it’s not going to be easy.”

The rise of the next generation is a factor in the decision to enter Lucky Bubbles for the G1 Diamond Jubilee Stakes (1200m) at Ascot in June.

“Ascot will be another test for the horse and it’s a trial really, because next season there may be another young horse coming through and he’s getting older – it’s not easy to beat the young horses. If he runs well, then we know we have options to travel him other places, too, maybe to Japan,” Lui said. 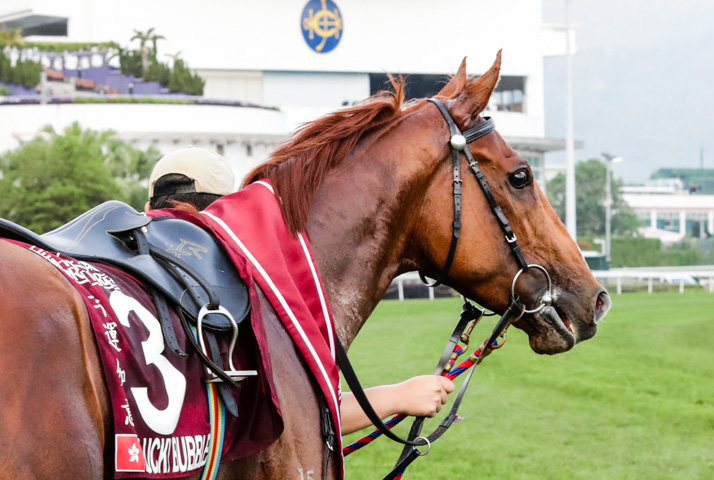 Jockey Brett Prebble was a key protagonist in the Lucky Bubbles story right up to last year’s Chairman’s Sprint Prize. But it was Hugh Bowman who took the reins, the glory and the pay cheque on that pinnacle day.

“It was because we just wanted to change something – a change of luck because the horse was running very well but just wasn’t winning,” explained Lui. “Brett did nothing wrong, he looked after the horse very well and he knows the horse very well. It was difficult for everybody, of course.”

Prebble had ridden the horse in each of his 16 Hong Kong starts prior to that for six wins and six seconds, one of the latter coming in the 2016 G1 Hong Kong Sprint. In Lucky Bubbles’ four starts this season, Bowman and Zac Purton have shared the duties. Prebble, though, is now back in the saddle.

“It’s nice to get aboard him and maybe get the win I lost last year,” Prebble said. “I’ve won four Chairman’s Sprint Prizes and it’s not an easy race to win, it’s worth a lot of money now, and obviously I had a long association with this horse.

“It would be quite special to win this on him. I’m good friends with the owners (Lucky Syndicate) and he’s a great little horse, he’s such a trier. There’s not a lot between these horses and these races can be run so differently so gates, luck and tactics will all be important.”

Lucky Bubbles will break from gate five in the field of nine. The six-year-old warmed up for Sunday with a barrier trial run last week (17 April) that was full of vitality. The defending champ moved with a verve that had been missing earlier in the season as he quickened past the Size-trained young gun, Hot King Prawn, to pass the post first in the 1200m dirt heat.

“He hasn’t got the race fitness of all the other horses but he didn’t have that much down time and we gave him a nice trial,” Prebble said. “Anyone who was there to see the trial wouldn’t have been disappointed in him. He was alongside a decent horse in Hot King Prawn, he had a nice blow and pulled up quite clean.

“He’s going nice, he’s training well. He’s got a good bit of life about him, obviously he is going in there fresh and I think he really appreciates that. He’s not a big, robust horse. All of his first-up runs have been some of his best performances – and some of his unluckiest, too!” 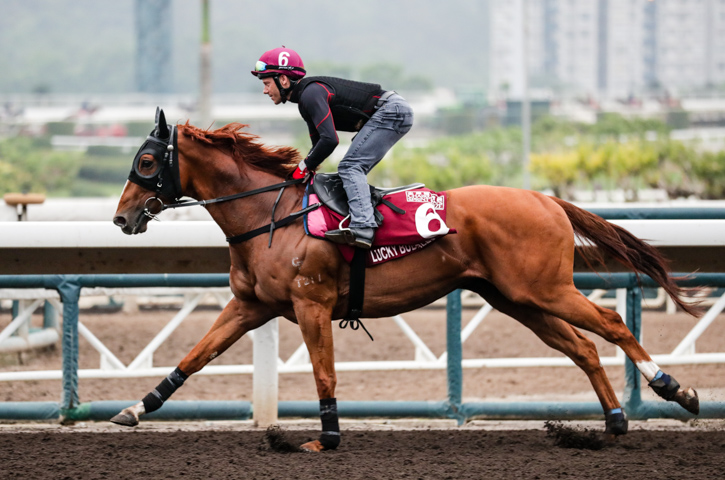 “Francis asked me and I just said, ‘Well, it costs you nothing to put him in!’ I’m not sure about the owners but we’ll see how he comes through Sunday and they can make a decision then,” he said.

“My horse still has his quality and now the mind is back,” Lui said.