The Beatles may have been adamant that all you need is love, but Aidan O'Brien could be set to take a different approach when it comes to his Prince Of Wales's Stakes plans, indicating he will run Love and Armory in the day-two highlight at Royal Ascot next Wednesday. 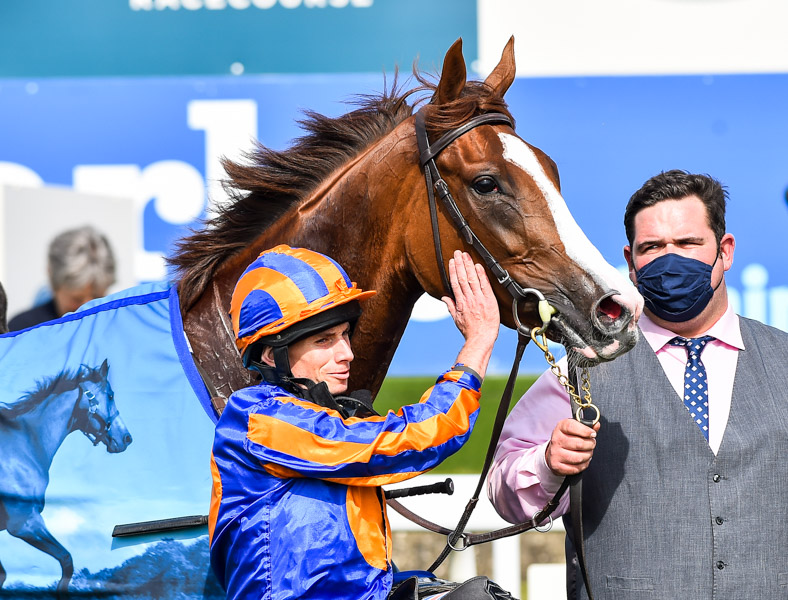 Both were among eight remaining confirmations on Thursday for the prestigious Group 1 (4.20), leaving the door open for Love to make her first start since a third top-level win in a row in the Yorkshire Oaks last August.

A brilliant winner of last year's 1,000 Guineas and Oaks, the star filly missed out on a tilt at the Prix de l'Arc de Triomphe due to testing conditions and has been kept under wraps at Ballydoyle so far this season while waiting for her favoured good ground.

Speaking in a Royal Ascot stable tour in Monday's Racing Post, O'Brien raised the possibility that Love could run in the Group 1 Alwasmiyah Pretty Polly Stakes at the Curragh on June 27 if not heading to Royal Ascot.

O'Brien told the Racing Post on Thursday afternoon that Love – a top-priced 9-4 chance for the Prince Of Wales's with Paddy Power – and Armory – 11-4 with the same firm – were both on course for the £700,000 event, while mentioning that plans could yet change.

He said: "At the minute we're looking at running Love and Armory next week. That could change but that's how it's looking at the moment.

"We were delighted with what Armory did at Chester [in the Huxley Stakes] and everything has gone well with him since. All has gone smoothly with Love so far too."

O'Brien also provided an update on last weekend's Prix du Jockey Club hero St Mark's Basilica, outlining a host of top-class races as potential options for the rest of his campaign without having made a definite decision on where his next start will be.

"St Mark's Basilica obviously hasn't come back into full work yet since but he seems to be fine," he said.

"We always thought the world of him and we were delighted with him at the weekend."

He added: "I think the lads are looking at races like the Eclipse, the Juddmonte International and the Irish Champion Stakes. He'll have to get back into full work again before we see where he goes."

Last year's Prince of Wales's Stakes winner Lord North remains on course to bid for back-to-back victories, while Addeybb could make his return in Britain having won the Queen Elizabeth Stakes at Randwick in April when last seen.

In the Duke Of Cambridge Stakes (3.40), Lockinge runner-up Lady Bowthorpe could attempt to end William Jarvis's 27-year wait for another royal meeting winner as she was one of 14 left in the Group 2.

The Newmarket trainer won the St James's Palace Stakes in 1994 with Grand Lodge and may be represented by his stable star, who won the Dahlia Stakes earlier in the season and scored on her sole start at the Berkshire track in the Group 3 Valiant Stakes last year.

Regular partner Kieran Shoemark is set to be back on board the Emma Banks-owned five-year-old, with Oisin Murphy having taken the ride at Newbury last time.

Leading market principles Finest Sound and Haqeeqy – successful in the Lincoln in March – have been left in the Royal Hunt Cup (5.00), with 69 remaining entries, while 24 are in the frame for the Queen's Vase (3.05).

A total of 26 fillies have been entered in the Queen Mary Stakes (2.30), with US Hall of Fame jockey John Velazquez set to partner Twilight Gleaming for US trainer Wesley Ward, who seeks a fifth victory in the contest.

Fellow US-based trainer George Arnold will be represented by Artos, with Frankie Dettori booked for the daughter of Kodiac in the 5f Group 2.