Lost And Running and TAB to team up in Everest

Another piece in The Everest jigsaw puzzle has been completed with TAB securing Lost And Running as its representative in this year’s $15 million race at Randwick.

The rising five-year-old son of Per Incanto trained by John O’Shea at Randwick has raced seven times, registering six wins and a second.

Lost And Running graduated to ‘stakes company’ with his latest win, capturing the Listed Luskin Star Stakes (1300m) at Rosehill on May 15.

The sprinter has been held high in discussions on The Everest and is on the fourth line of betting at $11 with TAB behind Nature Strip at $4.50. 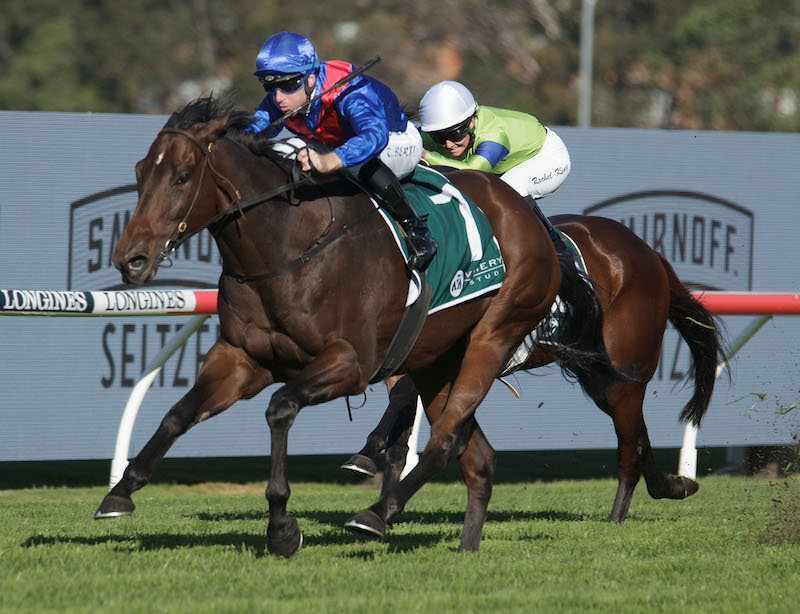 Lost And Running secured by TAB for the Everest, picture sportpix.com.au

Tabcorp Managing Director Wagering and Media, Adam Rytenskild said TAB was delighted to have secured the services of one of Australia’s most exciting sprinters in what has rapidly risen to become the world’s richest and most competitive sprint race.

“TAB is proud to have been associated with the Everest since the first running and think we have secured the right horse to win it,” Rytenskild said.

“We look forward to sharing the ride with our customers as we count down to the big race at Randwick on October 16.”

O’Shea said he was honoured to be partnering with TAB for this year’s Everest.

“TAB is the lifeblood of our industry, so you feel as if you’re giving something back to an organisation that effectively keeps our industry afloat,” O’Shea said.

“Lost And Running is far and away the best sprinter I have trained and the group who own him have owned some serious racehorses over their time, but I’ve never seen a group of people so excited when we announced we’d teamed with TAB for this year’s Everest.”