Veteran sprinter Lord Von Costa (by Van Costa de Hero) again showed his penchant for the famed straight sprint course of Flemington when closing late in the final stages of the $128,000, Listed, VRC Furphy All Victorian Sprint Series Final (1200m) to post his third victory over the course and distance.

An injury plagued 7-year-old that claimed the Listed VRC Creswick Stakes as a 3-year-old back in July 2016, Lord Von Costa returned to the scene of his biggest win to date to post his second black-type success some four seasons later.

In a race which saw Great Again (by Viscount) loom as the likely winner with 400 metres to negotiate, Lord Von Costa hit the line with gusto under a vigorous ride by Craig Williams to score by a narrow margin.

The runner-up Great Again lost little in defeat and also showed his appreciation for the straight sprint course of Flemington with another admirable effort after winning there in May.

Malibu Style (by Magnus) finished within a length of the winner to claim third place. 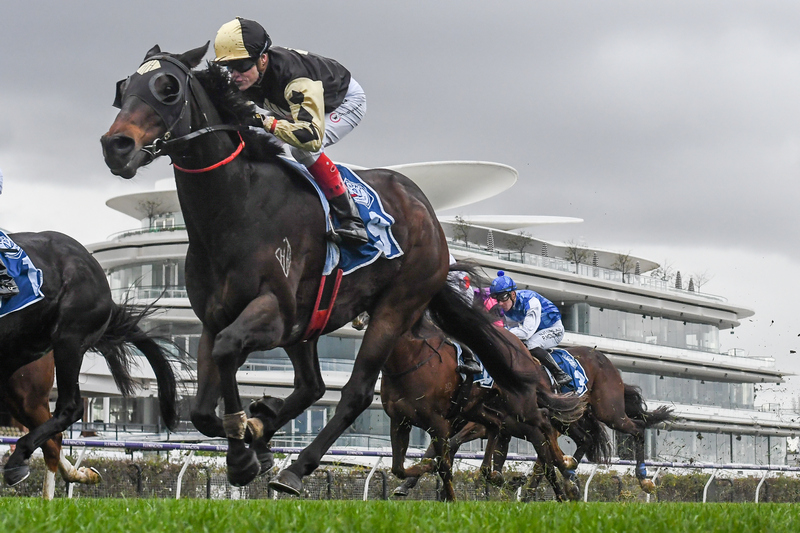 Seen at his best aboard the winner Lord Von Costa, Craig Williams recalled landing the aforementioned Creswick on the Albury-trained galloper in his post-race interview.

“My last win on him was three [sic] years ago when he won the Creswick and we went out then with a similar mentality. I got the first half right with him, then he’d be really strong late.

Williams continued: “He’s a gentleman to ride and he made my job very easy today. I read a bit about his back story leading into today’s race and it means there’ll be a lot of excitement and a lot of tears shed.

“There’s a lot of hard work that goes into him and this horse would be like a family member. It’s similar to a lot of people in the racing fraternity — they love their horses. He’ll be no exception.

“He spent a lot of time in hospital and rehab and they’ve done a great job. He’s out doing what he loves to do… competing and winning.”

Lord Von Costa has had a series of trainers during his 25-race career and is now prepared by Donna Scott at Albury. Needless to say, she was ecstatic by the win when interviewed by phone after the race.

“Mate, unbelievable,” came Scott's response down the telephone line. “Words cannot describe how good this is. It was nearly better than his last win there [in January], and to have two wins like this and both at Flemington — unbelievable!

“Craig [Williams] rang me and was a bit concerned about the weight situation, given that he had a lower rating than a few of the others. We knew he needed to find a length, and he did.

Scott said that the valuable The Kosciousko in Sydney was now in their sights, adding “but we need someone to pick him. Hopefully this helps his cause.”