Joao Moreira believes a fast start in leg one of the LONGINES International Jockeys’ Championship on Wednesday night at Happy Valley could be key to his chances of adding to his one previous victory in the star studded event, back in 2012.

Moreira will ride the Tony Millard-trained Strathallan in the opening race of four, which will determine the fate of the LONGINES IJC, following the draw for rides at Sha Tin on Monday (2 December) morning.

“It is such a big event and, while unfortunately I wasn’t in it last year, in the years before you have to go back some way to when I won it,” said Moreira. “It’s a pleasure to be back in it against all these top jockeys and my rides don’t seem too bad. Some of them may have a bit of a chance and hopefully we’ll get some good gates and take it from there.”

“Strathallan seems a very nice horse. Two starts ago he ran very well and I’m convinced that if he brings his best, he has a winning chance.”

Should a clear leader among the 12-strong all-star lineup fail to emerge over the three legs, Moreira believes there will be all to play for in the deciding Class 2 over 1800 metres, in which he will partner Turin Redstar.

Moreira said: “This is the most open race and there are a number of horses with winning chances. I don’t think my horse is too bad.”

Among those returning to Happy Valley in search of further LONGINES IJC success will be the 2018 and 2017 winners, Silvestre de Sousa and Zac Purton, as well as three-time hero Frankie Dettori and dual champion Ryan Moore. 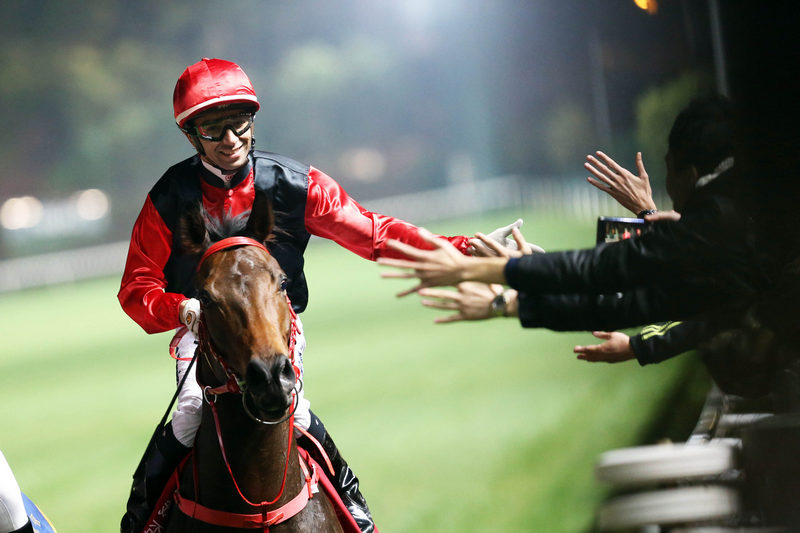