Lion ready to roar at Randwick

Lion’s Roar (NZ) will be after his second Group 1 victory at Randwick on Saturday when he contests the $2m, Bentley Australian Derby (2400m).

The John O’Shea-trained three-year-old was victorious in the Gr.1 Randwick Guineas (1600m) at the Sydney track two starts back before running fourth behind compatriot Mo’unga in the Gr.1 Rosehill Guineas (2000m).

The son of Contributer will be tested over 2400m for the first time this weekend and O’Shea is hoping he can draw on his family’s staying prowess in the Classic.

“He is out of a very stout Kiwi family,” O’Shea told Sky Racing. “His grandmother is a mare called The Mighty Lions and she was a really good staying mare. Hopefully he draws on that blood at the 200m on Saturday.”

O’Shea doesn’t think his charge will have a problem getting the distance, particularly with his calm nature.

“He is a really relaxed customer,” he said. “He just drops the bridle and that will help him get around the mile and a half.

“It’s an exciting day. The owners have a genuine chance in an Australian Derby.

“It’s all about execution from here. The horse is in great order and he galloped beautifully on Tuesday.

“If we get a bit of luck on the day he will run very well.” 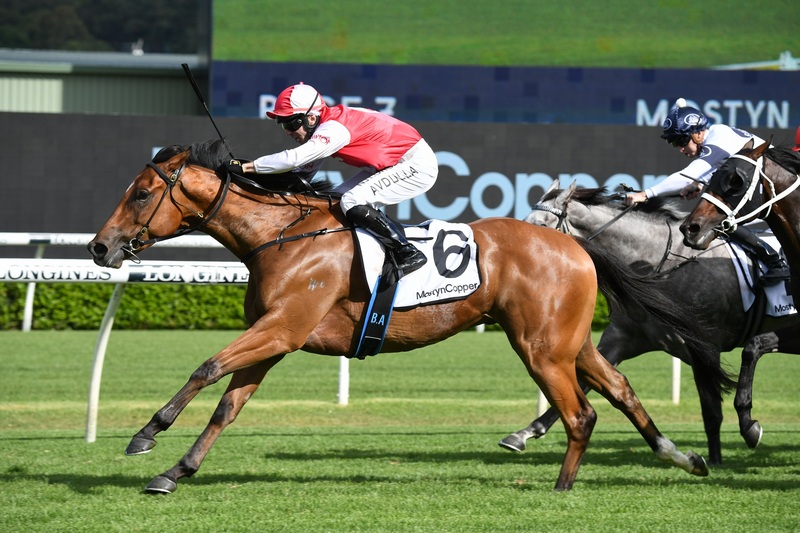 O’Shea doesn’t have any set plans for Lion’s Roar after Saturday, although he has all but ruled out a Queensland campaign.

“He has got a bit of juice left in the tank,” he said. “I have been to Eagle Farm a few times lately and the horses haven’t really appreciated it.

“It’s not a place I am in a rush to head back to. With that in-mind, there are so many races in the spring for him at Randwick, so we don’t have to go far.

“I think we will poke around after the Derby and we will see how it fits after that.”

It will be the first stakes test for the daughter of Sacred Falls and O’Shea said she will need plenty of luck from her outside gate in the 18-horse field.

“She has drawn the carpark,” he said. “It’s a race we have set her for the whole way. I think she is more than competent of winning it, but we are going to need some luck from there.”

Meanwhile, O’Shea is happy with the way her full-sister All Saint’s Eve has come through her fifth-placed run in the Gr.2 Emancipation Stakes (1400m) at Rosehill last Saturday.

“She had a good day out,” he said. “She is a mare that is a length and a half off them at the moment and the track didn’t really suit her the other day.

“I wouldn’t rule her out in the Legacy. If she gets the right run, she can run really well.”