Altior, who slipped seamlessly into the big boots of the mighty Sprinter Sacre as the kingpin at Nicky Henderson's powerful yard and set a world record of 19 consecutive wins over jumps, has been retired.

Owned by art historian Patricia Pugh, Altior also captured the Supreme, Arkle and a brace of Champion Chases at the Cheltenham Festival between 2016 and 2019, while he recorded other top-level triumphs in the Henry VIII Novices' Chase, Tingle Creek, Clarence House and Celebration Chase, which he won three times.

His winning run came to an end behind Cyrname in Ascot's 1965 Chase in November 2019 and since then the prolific gelding has been limited to just three starts, winning the same season's Game Spirit at Newbury before seconds in the Desert Orchid and Celebration Chase last term.

Aged 11, Altior, who earned £1,320,795 in prize-money, was a last-minute absentee from the last two Cheltenham Festivals, but departs Henderson's Seven Barrows base in Lambourn "hale and hearty".

"Altior was very, very special and although his record of 19 out of 19 victories will be beaten one day it was a fantastic feat and it was simply luck that deserted him, with a splint and a cough at critical moments preventing him from achieving even more," the six-time champion trainer said. "It is very sad to be saying goodbye.

"It's been a wonderful journey, but he's going out at the top and ran a wonderful race at the end of last season in the Celebration Chase at Sandown, never flinching and running his heart out.

"I struggled to get him there, but his jumping was a joy to watch and we'll go out with that memory of him – that he was something who jumped and galloped and loved everything he did.

"He was something special and where we've been incredibly lucky is Sprinter Sacre retiring and then Altior coming along. Him and Sprinter were very similar and would frighten me when they were schooling. They were fantastic and when they worked, too."

Pressed for a favourite Altior moment, Henderson mentioned the Supreme when his champion tore away from a stellar field.

"I was really confident in that Supreme," he told the Racing Post. "I was so confident and from there on it was expected and he was odds-on forever more.

"Having that pressure is what having good horses is all about and he'll join Mick Fitzgerald, and I'm sure he'll have a great time there. It's only up the road so we can all go and say hello."

Right from the off, Altior showed flashes of brilliance it did not take an expert horseman to appreciate.

The 70-year-old continued: "I knew he was a bit different from the first gallop he ever did, but when you're that good it's not very difficult to notice!

"It was all natural talent and we were very lucky to have two animals like him and Sprinter. It's unfair to compare, but they had so much and their jumping was their biggest weapon, which was the reason for the one big decision in Altior going chasing.

"I said to Pat we could stay hurdling and win the Champion Hurdle or go the Arkle-Champion Chase route, but luckily we got it right. You can go back to See You Then and Remittance Man and all the other wonderful horses we've had but Sprinter and Altior would be the best two. We've been blessed."

Bought for €60,000 as a three-year-old, the future star was a son of 2002 Derby hero High Chaparral, which might have been where the speed that half-tempted Henderson into running him on the Flat at some stage came from; the trainer would often joke Altior possessed the pace for the King's Stand when any King George VI Chase bid was discussed.

Unsurprisingly, Altior – first looked after by Hussain Mohammed and then Robin Land – made a winning bumper debut at Market Rasen where he bolted up by 14 lengths before being flawless over hurdles the following season, winning four en route to a commanding victory in a red-hot Supreme that featured Min, who would go on to land seven Grade 1s, and Buveur D'Air, Henderson's subsequent dual Champion Hurdle winner.

An athletic individual, he excelled over fences, strolling to six wins on the spin, which included the Arkle.

The 21-time winner, whose regular rider was Henderson's stable jockey Nico de Boinville, was not seen until the February of the following campaign but an easy win in Newbury's Game Spirit was the perfect platform to the Champion Chase when he had too much for old rival Min, sweeping to a seven-length success deemed his best effort (183) on Racing Post Ratings.

Altior continued his winning run in 2018-19 when dominating the 2m division and the Tingle Creek, Clarence House, Champion Chase and Celebration Chase, but the cries to go over further grew louder and Henderson has never forgiven himself for allowing the popular pin-up boy to run over 2m5f on soft ground in the 1965 Chase at Ascot two years ago – a race, Altior's seasonal debut, that probably marked the decline a horse who had become one of jump racing's biggest names.

He perhaps did not have the raw sex appeal of Sprinter Sacre, who also won an Arkle and two Champion Chases and was another lethal two-miler, but Altior was able to compile an unprecedented CV thanks to his talent, heart and unflinching will to win. 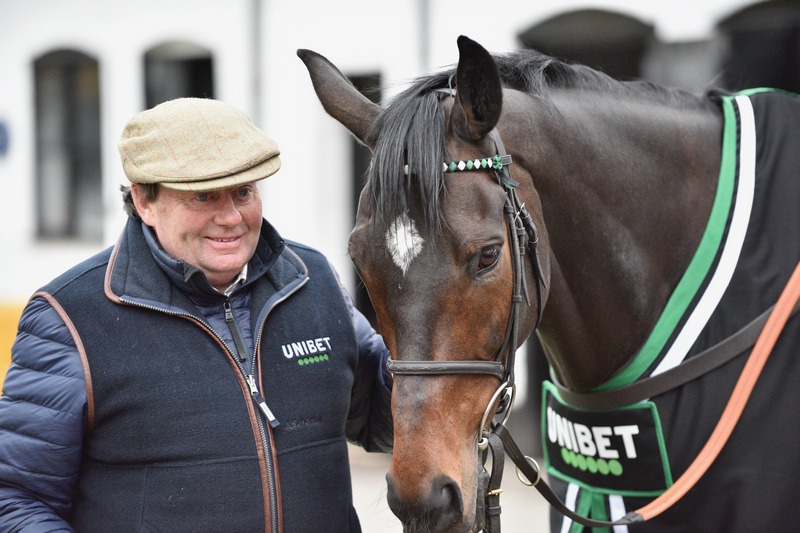